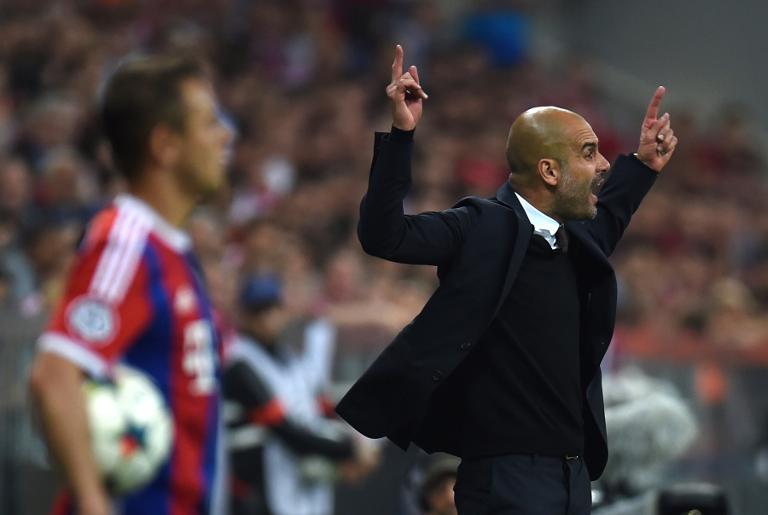 Bayern Munich chairman Karl-Heinz Rummenigge insists he is keen to extend coach Pep Guardiola’s contract past June 2016 despite criticism of the Spaniard in the German media.

Guardiola, whose existing deal expires at the end of next season, has won five trophies in two seasons at Bayern.

The club have won a third straight Bundesliga title this season, but bowed out of both the German Cup and the Champions League at the semi-final stage.

Rummenigge said he had detected an anti-Guardiola trend in the media, with some reporters critical of his failure to reach the Champions League final in either of his two seasons at the club.

“It has registered with me that there is a clear anti-Guardiola trend in a few media outlets at the moment,” Rummenigge told Munich-based newspaper the Sueddeutsche Zeitung.

“But that has nothing to do with the atmosphere in the club. We are very happy with this man!

“I’m in constant discussions with our key players and they confirm my opinion from the first day, which is that we happily value a coach who has a precise plan.

“The team is very happy with him.”

But Rummenigge acknowledges Bayern need to work hard to keep a coach who previously won 14 competitions in four years at Barcelona.

“It is no accident that Guardiola is one of the world’s most coveted coaches,” said Rummenigge.

“If at some point he says ‘I’m going to do something new’, there will be at least 15 top clubs forming a queue.

“Don’t forget that he has won five titles here in two years, which I believe is a club record.

“We have agreed that we will talk about his future in the second half of this year, which is how things still stand. And he knows my opinion: I want him to stay.”