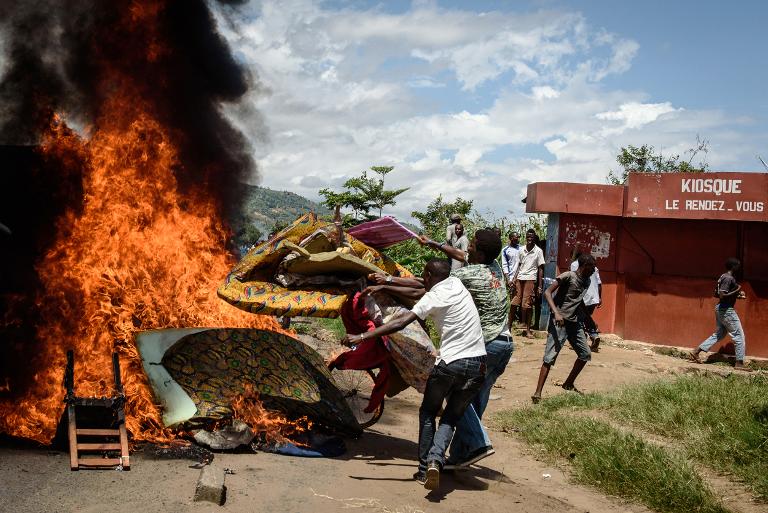 Seventeen alleged coup plotters appeared before a prosecutor in Burundi on Saturday, their lawyer said, the day after the failure of an attempt to overthrow the country’s president.

Coup leader Godefroid Niyombare, a general and ex-intelligence chief, was said to be still at large.

The lawyer alleged that they were beaten after their arrest on Friday, two days after Niyombare launched the bid to overthrow the president.

“They were seriously beaten, in particular General Ndayirukiye,” he said, saying the general had been forced to record a confession for broadcast on state media.