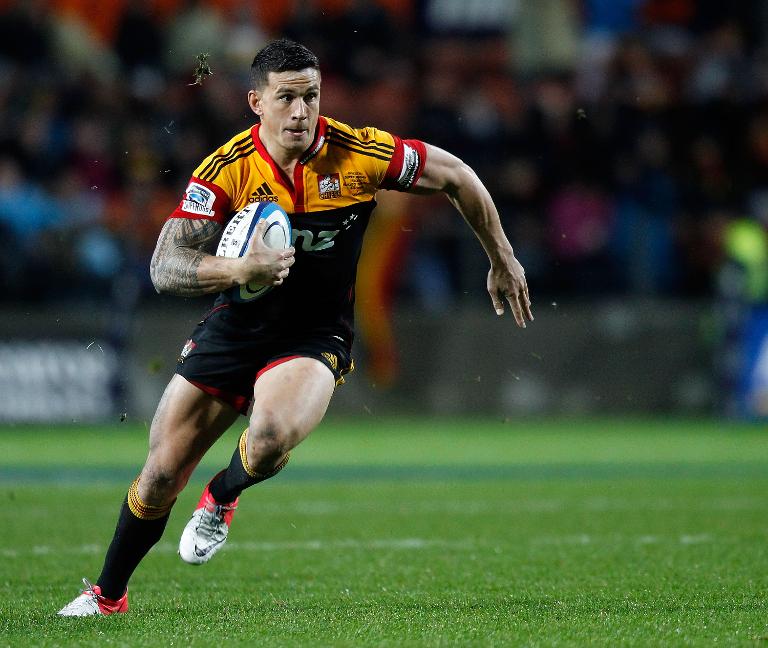 Waikato Chiefs star Sonny Bill Williams will miss this week’s blockbuster clash against Super Rugby leaders Wellington Hurricanes due to a back strain, his team said on Friday.

The match-up between code-hopping Williams and All Blacks rival Ma’a Nonu was one of the most anticipated aspects of the fixture, which will see the Chiefs take aim at the Hurricanes’ 10-point lead in the New Zealand conference.

But the Chiefs said Williams will have to sit out Saturday’s match in Wellington after straining his back, while pivot James Lowe has also been sidelined with a shoulder injury.

Their absence is a major blow for two-time champions the Chiefs, who are up against an in-form Hurricanes outfit that has lost only one of 11 matches this season.