Home Politics Will turn ties with China into source of strength 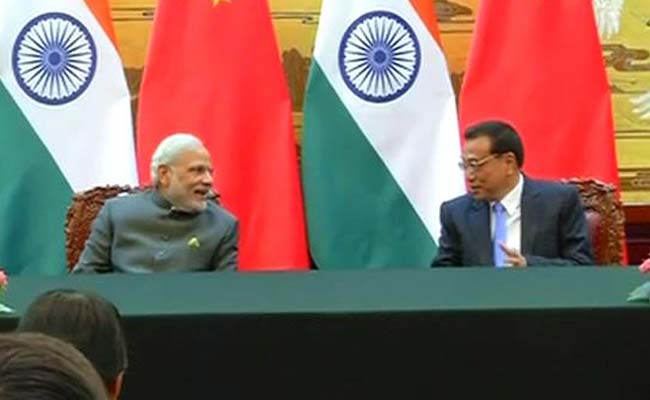 New Delhi: Prime Minister Narendra Modi Friday said India and China have “reiterated our strong commitment to make all efforts to maintain peace and tranquility in the border region.”

“We have a historic responsibility to turn this relationship into a source of strength for each other and a source of good for the world,” PM Modi said in a statement after holding talks with Chinese premier Li Keqiang, who said in his statement, “We will serve as two engines for Asia.”

Both leaders mentioned difficulties in the relationship and emphasised a commitment to set a new direction to ties. PM Modi said he had covered in his talks with the Chinese leaders “all issues including those that trouble the smooth development of our relations.”

In what appeared to be a reference to India’s concerns over China’s plans for infrastructure projects in Pakistan Occupied Kashmir and its objections to China issuing stapled visas for residents of Arunachal Pradesh, PM Modi said, “I stressed the need for China to reconsider its approach to some issues that hold us back from realising the full potential of ties and I found the Chinese leadership responsive.”

He described his talks with Mr Li in Beijing on Friday as “candid, constructive and friendly” and said, “This is one of our most important strategic partnerships.”

The PM said the two countries would explore a “fair, mutually acceptable resolution” of their boundary disputes and “maintain peace.” He said he had reiterated to the Chinese leadership the importance of the clarification of the Line of Actual Control and sought tangible progress on visa policy and trans-border rivers.

The Prime Minister also said that the two neighbours have “set a high level of ambition for economic partnership.” 24 agreements worth over 10 billion dollars were signed today after the Modi-Li talks.

Speaking before PM Modi, his host Premier Li said, “If a truly Asian century will dawn, it will depend on whether India and China can overcome difficulties and modernise.”

He also said, “We do not deny we have some differences but we can manage and handle our disputes so that they don’t affect growth of ties.”

He stressed on the need to “further strengthen our political trust” and said the two countries needed more communication.