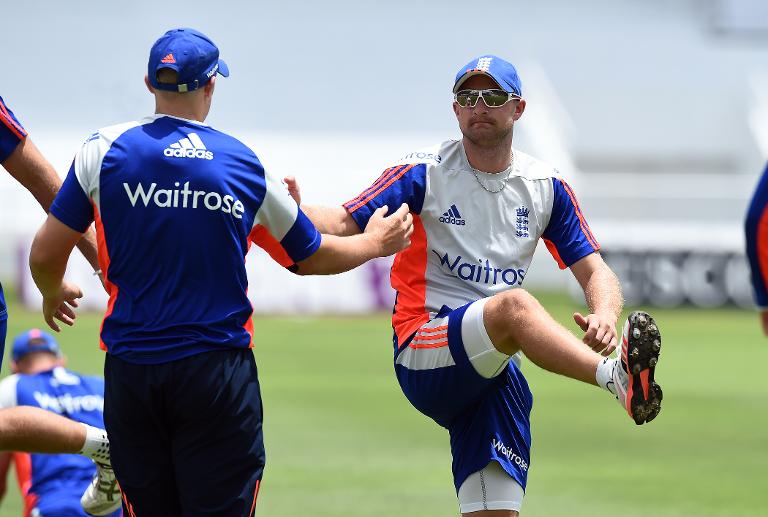 Yorkshire opener Adam Lyth is set to make his England debut after being named Thursday in a 12-man squad for next week’s first Test against New Zealand at Lord’s.

Apart from England captain Alastair Cook, Lyth was the only specialist opening batsman included in the squad.

Lyth is now set to partner his skipper at the top of the order in place of Jonathan Trott, who retired from international cricket following England’s five-wicket defeat by the West Indies in the third Test in Barbados earlier this month that saw the series end all square at 1-1.

The other 10 England players who took part in that match were all included.

Durham paceman Mark Wood was the other uncapped player in the squad, the first since former captain Andrew Strauss became England’s new director of cricket.

Lyth, 27, and 25-year-old Wood were both in England’s squad in the Caribbean, without playing a Test.

A statement from the England and Wales Cricket Board (ECB) confirmed that Lyth, barring a late injury, would play at Lord’s in the first of a two-match series.

“Yorkshire batsman Adam Lyth is set to make his debut next week when he opens the batting alongside England captain Alastair Cook,” the statement said.

England won just one series, at home to India last year, during recently sacked coach Peter Moores’s 13-month second spell in charge of the national side and suffered a humiliating first-round exit at the World Cup.

One of Strauss’s first acts in his new role was to dismiss Moores and there had been speculation that national selector James Whitaker would be in line for the sack as well.

But Whitaker has remained in post and, after meeting with Strauss on Thursday, he said: “Adam Lyth has waited patiently for an opportunity with England, having performed consistently for Yorkshire and England Lions in the last year.

“He fully deserves his chance to cement a place in the side at the top of the order.”

Wood is less certain than Lyth to make his debut at Lord’s, but will now have the chance to break into England’s seam attack as he looks to displace Sussex all-rounder Chris Jordan from the role of third seamer.

England’s two-match series against New Zealand will be their final campaign before they try to regain the Ashes from an Australia side who thrashed them 5-0 in 2013/14.

But Whitaker said: “There were some positive signs during the recent Test tour (in the Caribbean), and it is key that this group of players learns from the instances when the opposition was put under pressure and we were in a position to press for victory but couldn’t quite manage it.

“New Zealand are a very talented side, and I expect a very competitive series between the two teams to start what will be an incredibly exciting summer of cricket.”

New Zealand have won four and drawn two of their six Test series since losing 2-0 in England in 2013.

But they head into this latest series, due to start at Lord’s on May 21, having won just four of their previous 52 Tests in England.