Home Politics Taxi for Sure? Not so sure 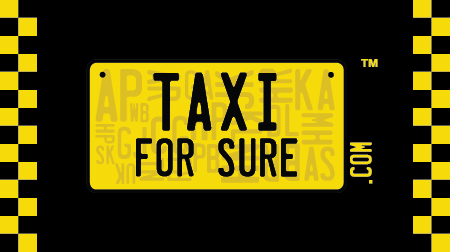 New Delhi: It all began with the Uber rape case. One shocking incident opened a can of worms and their supply has been consistent ever since. After their license drama came into the fore, all taxi services including Uber, Ola and TaxiForSure operated cautiously for a while, but theyâ€™re in fresh trouble yet again.

The Delhi transport department has come up with a check-mate. After having made a request to the Centre to block websites of taxi aggregators for failing to get licences, now the Â Department of Telecom has asked internet service providers to block websites of Uber, TaxiForSure and Ola Cabs only in Delhi.

It seems they need to get registered with the state transport department as per Section-93 of the Central Motor Vehicle Act and follow rules to operate even as they claim themselves to be “on demand transport technology aggregators” and not a conventional taxi service provider.

The recent DoT letter, which was issued to ISPs, invokes Section 69A of IT Act to block access to the websites of these taxi aggregators. “All the internet service licences are accordingly directed to immediately block the access to the URLs,” the order says. However, despite the ban, people are still able to access the services of these operators.

Sources said before the DoT order came, it had sought views of road transport ministry on whether it’s legal for such players to operate. “We have responded saying that there is no provision in MV Act to ban such service. We have said that such operators need to get themselves registered with state transport departments and follow regulations. We cannot make any comment on the provisions and implementation of IT Act,” said a ministry official.

He added that in principle, both DoT and transport ministry are on the same page, so far as operation of all such entities till they follow the rules and regulations. “You can’t expect a customer or even a department official to go on a hunt to reach the office of such an operator. We are issuing a detailed guideline for state governments to register and regulate such players,” the official said.