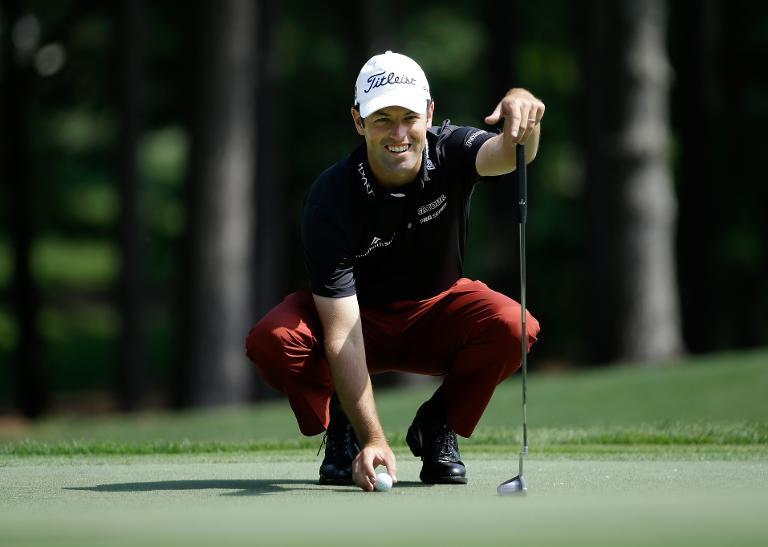 Robert Streb fired a seven-under 65 to take a one-shot lead in the US PGA Tour’s $7.1 million Wells Fargo Championship at Quail Hollow.

Streb, seeking to add a second US tour title to the McGladrey Classic trophy he lifted in October, had seven birdies without a bogey in Thursday’s morning round that stood up to all afternoon challenges.

Patrick Reed, playing alongside world number one Rory McIlroy, had eight birdies, grabbing a share of the lead before his second bogey of the day at the 17th saw him finish in a tie for second on 66 with Kevin Chappell.

McIlroy ran into even more trouble at 17, where a double bogey halted his bid for a late surge.

“One big mistake,” said McIlroy, whose tee shot at the tough par-three hit the rocks in front of the green and deflected into the water.

US veteran Stewart Cink, who has not won since the 2009 British Open, was among a group of five players sharing fourth place on five-under 67.

Northern Ireland’s McIlroy, who earned his first US PGA Tour victory at this event in 2010, was a stroke further back on 70.

Despite his miscue at the 17th, he said his round overall was satisfactory.

“I did what I wanted to,” McIlroy said. “I took advantage of the par fives and made birdie on a couple of par fours.”

Streb teed off on the back nine and got up and down for birdie at the par-five 10th.

He rolled in a 19-footer for birdie at 11, then picked up another stroke at the par-five 15th.

Streb’s run continued with a 35-foot birdie putt at 17.

He picked up three more strokes coming in, capping his round with pars at eight and nine.

“It’s the first time in a while I feel like I have my putter working,” Streb said.

Reed responded to an opening bogey with a birdie at the second, then reeled off four birdies in a row starting at the fifth hole to make the turn at four-under.

“I felt like coming into this week I haven’t really been hitting the tee shots very straight and that’s kind of key around here,” Reed said.

“Even though I only hit eight fairways, to me that seems like a lot. The putter was working really well, I was making a lot of good putts. I feel like my iron swings were really solid.”