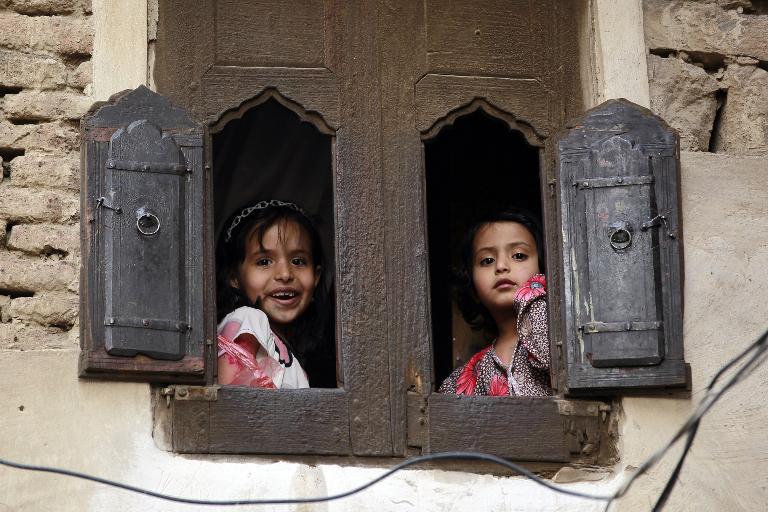 The Saudi-led coalition against Huthi rebels in Yemen warned a five-day truce “would not last long” in the face of alleged breaches, as the UN called for calm to allow badly needed aid to reach the country.

The coalition accused Iran-backed rebels of violating the ceasefire for the second day in a row by carrying out military operations, including shelling Saudi troops in the border zone and targeting citizens’ homes, according to a statement carried by the official Saudi Press Agency.

The coalition “warns the Huthi militias and their supporters that self-restraint and being committed to the truce would not last long in (the) case the militias continue such practices,” it said.

The humanitarian pause that began late Tuesday is the first break in the air war the coalition began on March 26 in support of exiled President Abedrabbo Mansour Hadi.

The Saudi-led campaign was launched to reinstate the rule of Hadi after the Huthis, backed by army units loyal to ex-president Ali Abdullah Saleh, overran much of Yemen.

The bombings have taken a heavy toll, with the United Nations estimating that more than 1,500 people have been killed in air strikes and fighting between rebel forces and Hadi loyalists since March.

UN envoy to Yemen Ismail Ould Sheikh Ahmed said he was “very worried about violations of the truce”, urging all sides to “strictly respect a cessation of military operations… to allow the flow of aid” and to spare airports, ports and any other infrastructure necessary to allow help to reach the embattled population.

Residents said calm prevailed across most of the country except in the cities of Taez, Daleh and oil-rich Marib, where they reported intermittent exchanges of fire between rebel and pro-Hadi forces.

The Huthis and their allies have pledged to abide by the ceasefire while Saudi Arabia has warned it will punish any attempt to exploit the truce.

“We have said that we will have a five-day humanitarian ceasefire, subject of course to the Huthis abiding by that ceasefire. Unfortunately they have not,” Saudi Foreign Minister Adel al Jubeir told a news conference in Camp David, where the US president is holding a summit of Gulf allies.

“We are hoping that the Huthis will abide by the terms of the ceasefire and stop their aggressive behaviour if they want the ceasefire to hold.”

Washington backs the truce and a US State Department spokesman has said it was largely holding despite reports of some clashes.

Ben Rhodes, a senior foreign policy advisor to US President Barack Obama, said that while Washington would prefer a political solution to the crisis, it backs the Saudis’ right to defend themselves.

If the Huthis continue to launch attacks “we certainly understand the need for Saudi Arabia to defend its border and to again work with the coalition on behalf of stability inside Yemen,” he said.

Warnings of a dire humanitarian crisis have mounted since the air war started, with aid agencies saying fuel, water and medicine were running out.

Qatar and Kuwait said they will offer Yemen 120 and 40 tonnes of medical aid, respectively.

Saudi Arabia has offered its impoverished neighbour $540 million in aid and humanitarian operations.

Meanwhile an aviation official said operations at Sanaa airport, which was targeted in air raids, were returning to normal after a plane arrived from Jordan on Wednesday with 150 passengers on board.

Another airport official said that two flights, from Doctors Without Borders and the United Nations, landed Thursday in Sanaa.

Iran, which Saudi Arabia accuses of arming the rebels, has also said it is sending an aid ship to Yemen, prompting warnings from the government-in-exile.

Yemen’s Foreign Minister Riyadh Yassin said from Saudi Arabia “all measures will be taken against the Iranian ship if it enters Yemeni territorial waters without permission” from the coalition.

On Thursday the government-in-exile announced the recall of the head of its embassy in Iran, accusing Tehran of “interference” in Yemen and “support for the Huthis”.

The Pentagon has called on Iran to change course and head instead for a UN aid hub in Djibouti.

But Iranian Deputy Foreign Minister Hossein Amir-Abdollahian insisted that Tehran had taken measures for the ship to travel to Yemen.

“The required coordination has been done with relevant authorities in the UN for the docking of the ship carrying Iran’s humanitarian aid for Yemen,” he said.