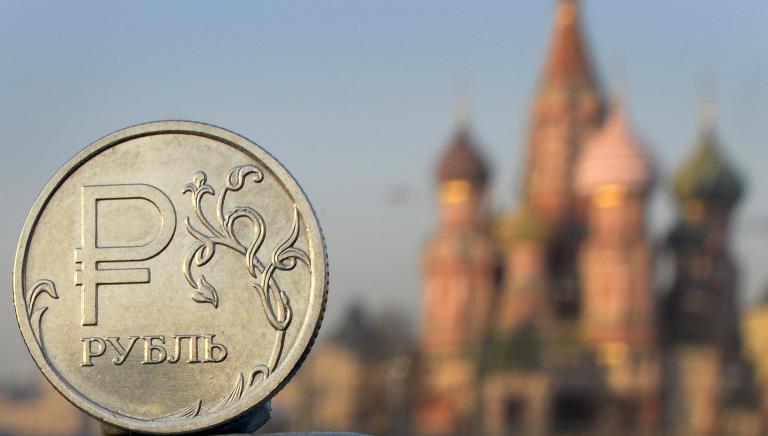 Russia’s economy shrank 1.9 percent in the first quarter under pressure from low oil prices and Western sanctions, the state statistics agency said Friday, a smaller contraction than had been feared.

Many economists had released even more pessimistic forecasts.

Citing preliminary data, the state statistics service said that Russia’s gross domestic product contracted 1.9 percent in the first quarter year-on-year after an expansion of 0.4 percent in the last three months of 2014.

Russia’s economy has been hit hard by plunging oil prices and several rounds of Western sanctions over Moscow’s meddling in Ukraine.

But after shock falls in the ruble last year, the currency has bounced back somewhat in recent months.

President Vladimir Putin has said the worst is over for the Russian economy and the government expects the country’s economy to return to growth next year.

But many economists say the Russian government’s predictions appear too sanguine.

Andrei Yakovlev, director at the Institute for Industrial and Market Studies at the Moscow-based Higher School of Economics, said the economy was adapting to the burden of sanctions but political uncertainty was high.

“This is an adaptation at a micro level but unfortunately this does not give any reasons to be optimistic about the future,” Yakovlev told AFP.

Consumers have been hit hard by the crisis but a devalued ruble buttressed domestic industries like metallurgy and agriculture.

“The big question now is, what to do with that money: invest it in development or convert and take it abroad?” said Yakovlev.

-‘On the cusp of recession’-

Capital Economics, a UK-based consultancy said that even though the financial market had stabilised, vulnerabilities remained.

“The growing confidence among policy makers that the economy will return to growth over the coming months looks overdone,” it said.

“The best that can be said about Q1 GDP data from Russia is that the economy has avoided outright collapse and is, instead, merely on the cusp of recession.”

The consultancy estimated the economy would contract by around 2.5 percent in 2015, revising down its earlier forecast of 5 percent.

“Although the seeds are slowly being sown for an eventual recovery, the year-over-year rate of Russian real GDP growth likely will remain in negative territory for most of the year,” added Jay Bryson, global economist at Wells Fargo.

The European Bank for Reconstruction and Development predicted on Thursday that Russian output would shrink 4.5 percent this year and 1.8 percent in 2016.

The West and Kiev have accused Russia of supporting separatist rebels fighting the government in eastern Ukraine.

The United States said this week that biting sanctions could be rolled back, “if and when” the terms of a shaky Ukraine ceasefire agreed in February are fully met.