Home Sports PSG one point away from French Ligue 1 title 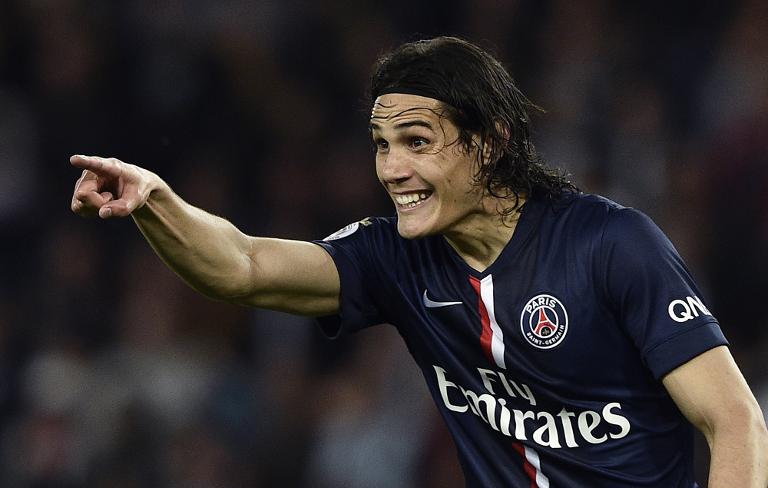 Paris Saint-Germain head into their penultimate league match of the season on Saturday in the knowledge that one point will be enough for the capital side to claim a third consecutive French title.

PSG have amassed 77 points from the 36 games played so far — with just three defeats — six ahead of Lyon. With three points on offer for a win and one for a draw, the Parisians would walk away as champions should they not lose at Montpellier on Saturday.

“Last year we had a very good season, and that’s an understatement. We played great football, set a new points record, won practically every match, even when we had Champions League games in midweek,” PSG coach Laurent Blanc said in an interview with beIN Sports France.

“This season has been more difficult, we have to admit that, it got to the point where we had to acknowledge the situation and realise that teams like Marseille and Lyon, who were playing well, would get away from us.

“I think at the start of 2015 everyone realised what was happening, the turning point was our winter training camp in Marrakech. That’s when we got back on track.”

Blanc, whose side wrap up their league programme at home to Reims next week, didn’t want to rush into judging the season given that his team also have to play the French Cup final against Auxerre in a bid for an unprecedented domestic treble, having already won the League Cup.

“It’s only at the very end of the campaign that you can assess your season,” the former France international said in the interview, also published on the Ligue 1 website.

“We can’t really judge how successful the season has been yet. But honestly, I think that we’ve had a good year.”

PSG’s expensively-assembled squad have pulled through in a cat-and-mouse season with second-placed Lyon, but suffered a deflating Champions League exit to Barcelona.

Blanc said that having reached the Champions League quarter-finals for the last three years, the next challenge was to advance further in Europe’s top club competition.

“We’ve heard in the media that in order for PSG to become a big European club, it has to win the Champions League inside five years, and the media just won’t let it lie,” the coach said.

“Perhaps they’re right, but five years is a long time, but also a short time, especially when you see how far Paris Saint-Germain has already come. It’s not just an ambitious project, it’s a very, very ambitious project and we have the means to realise our goal, but the project only started three years ago.”

Blanc added, however, that PSG didn’t need to go out and buy a load of players, insisting instead that experience was key.

“What do the clubs in the semi-finals of the Champions League have that we don’t have? More experience, more quality as well, in terms of players and also coaching staff,” he said.

“So we have to look to learn from these clubs. But we are looking to learn from huge clubs, age-old institutions, who have always been at the very highest level, who have won the Champions League five, six or even ten times! And we want to scrap, to fight with these clubs.”

In other matches, Lyon host sixth-placed Bordeaux (59pts) with the latter still pushing for one of the two Europa League spots up for grabs and currently occupied by Marseille and St Etienne (63).

Monaco, whose Portuguese coach Leonardo Jardim extended his contract through to 2019 in midweek, lie third on 65pts and entertain Metz in the Principality. Marseille travel to Lille and St Etienne head for Evian, who must win to stand any chance of not joining Metz and Lens in being relegated to the second division.