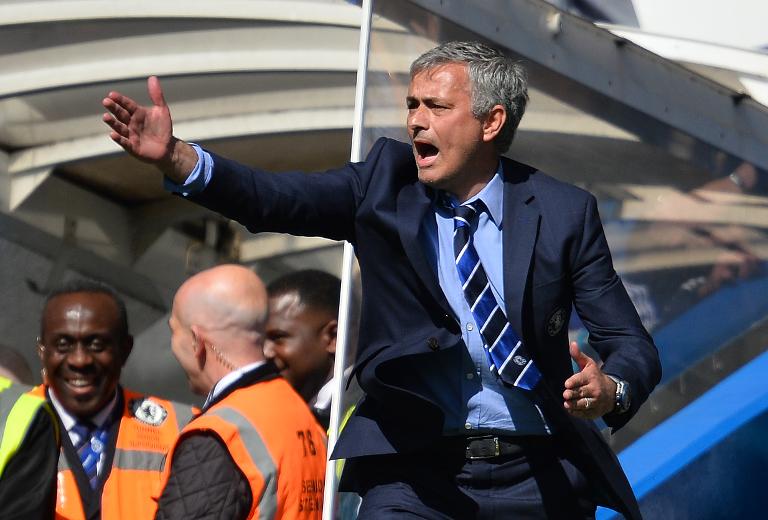 Jose Mourinho fears the forthcoming transfer window will be dominated by inflated prices and insists Chelsea will not get dragged into a bidding war for any of their targets.

Mourinho believes the determination of a number of major clubs to strengthen their squads will drive prices up.

Manchester United are planning a major overhaul of their squad after two trophyless seasons and have already been linked with big money moves for Real Madrid midfielder Gareth Bale and Tottenham striker Harry Kane.

Manchester City are also expected to strengthen in a bid to recover lost ground on Mourinho’s Premier League title winners.

“The market is difficult. I can imagine that, this season, will be like Wall Street collapsing,” he told reporters on Friday.

“I can imagine that some clubs are coming with such determination to the market that they will disrupt the market and take it in unexpected directions.

“But we are in a good situation. We have stability in our squad. We don’t need dramatic changes. We have to be loyal to our players. We believe in them. We have a good squad.

“What other clubs are going to do is not going to affect our direction. If others buy 10 players each, that will not push us to do things we are not going to do. We are stable.”

Last year Mourinho responded to Chelsea’s failure to win a trophy by splashing out on Diego Costa and Cesc Fabregas, with both proving key figures in the club’s title-winning campaign.

With a fairly young and succesful squad at his disposal, the former Real Madrid manager doesn’t expect a repeat of that big spending this time.

That’s the nature of the market. We are not going to get into this game. It doesn’t affect us. It is what it is now. But we know what we want and it’s not much.”

Mourinho is also adamant he has not given up hope of keeping Petr Cech at Stamford Bridge despite the goalkeeper’s agent claiming he has been given permission by Chelsea to negotiate with other clubs.

“I don’t know that’s absolutely true, what the agent is saying. Or maybe it is. But, after that, the player has a contract with Chelsea and Chelsea will have a very important say in the decision,” Mourinho said.

“Petr is one of my important players. So I would like to say to him to stay. That’s my position.

“I am positive, I am optimistic, and I’d like him to stay, so yes, I expect him to stay. I’m optimistic he can be here next year.”

Mourinho’s side face West Bromwich Albion on Monday in their penultimate game of the campaign but will be without at least three first team regulars.

“For Ramires and Oscar, the season is over. For (Kurt) Zouma too. Petr Cech has a chance to be back for the last game.

“Diego Costa is, I think, selected for this game. He should be ready.”