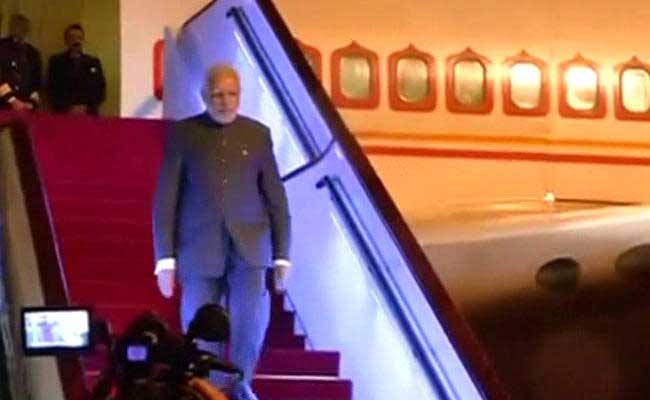 Shanghai:Â  Prime Minister Narendra Modi arrived in Shanghai on Friday for the third and final leg of his three-day China visit that also took him to Xi’an and Beijing.

On Saturday, Modi will meet with CEOs of top Chinese companies and a number of agreements worth $10 billion are expected to be signed.

Modi will also address the Indian community in Shanghai before leaving for Mongolia on the second-leg of his three-nation tour that will also take him to South Korea.

PM Modi arrived in Xi’an on Thursday where he held summit-level talks with President Xi Jinping. He then moved to Beijing where he held wide-ranging parleys with his Chinese counterpart Li Keqiang on Friday.

Modi met National Peopleâ€™s Congress (NPC) standing committee chairman Zhang Dejiang, before visiting the Tsinghua University, where he addressed the students. He then visited the Temple of Heaven, where he had his final engagement in the city: a yoga-tai chi joint event.

Modi is on a three-day visit to China as the two worldâ€™s two largest countries by population work to boost economic ties despite decades of mistrust.