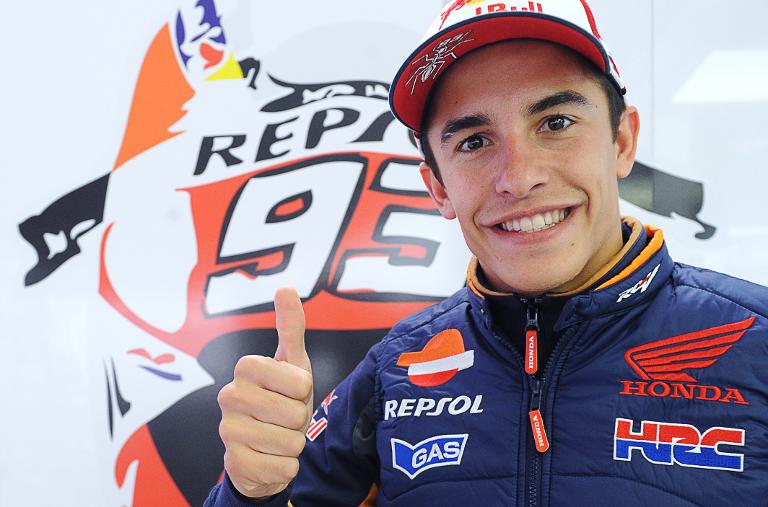 Le Mans is the historic stage for Sunday’s French Grand Prix, with world champion Marc Marquez out to repeat last year’s win to make up ground on Valentino Rossi in the title race.

That left the Honda star fourth in the overall standings, 26 points adrift of Rossi who at 36, 14 years Marquez’s senior, is making an encouraging stab at becoming the oldest champion of the modern era.

The outright record is held by British rider Lee Graham, who won the inaugural 500cc championship aged 37 in 1949 when the season comprised only six races.

At the other end of the age spectrum, Marquez became the youngest ever MotoGP champion aged 20 in his debut season in 2013.

Now in his third season, with two world titles in the bag, he has a fascinating struggle on his hands to make it three from three.

Victory at Le Mans would come as a welcome boost after an indifferent start to 2015, a sole win at the Grand Prix of the Americas offset by being upstaged by Rossi in Qatar and Argentina, and in Jerez by former champion Lorenzo.

All very different from 12 months ago when he rattled off a record-breaking opening sequence of ten wins.

“Last year I arrived here in a very different position, but we have 14 races left so there is no panic,” he told a news conference at the circuit on Thursday.

He gave himself a clean bill of health after his broken finger from a training accident in the run up to Jerez.

Rossi, with three MotoGP wins at Le Mans already, is relishing his rejuvenation with Yamaha after a quiet spell at Ducati which has left him with serious claims on a 10th title but first since 2009.

“It’s been a great start to the season, especially for the two victories and because I was always on the podium, which is important for the championship,” the Italian icon said.

Rossi, third to his teammate Lorenzo in Jerez, added: “Jorge started with difficulty but his performance in Jerez was fantastic – fastest from Friday to Saturday. Jorge is always fast in Le Mans, historically it’s a good track for the Yamaha too. Last year Marc was faster, but we have to see if this year we are closer.

“It’s not my best track, there’s not a lot of grip and the weather is an issue: cold in the mornings and low temperature in the afternoon. This means you have to use soft tyres for grip.”

Le Mans marks the welcome return of Dani Pedrosa, the popular Honda rider who has missed the last three races recovering from surgery on an injured forearm.

“My recovery has gone well, I think I was right to be patient and take it slowly, and to respect the time frames that I needed,” he told his team’s website.

The Spaniard added: “Now, finally, I can tell you that I will be in Le Mans this weekend.”