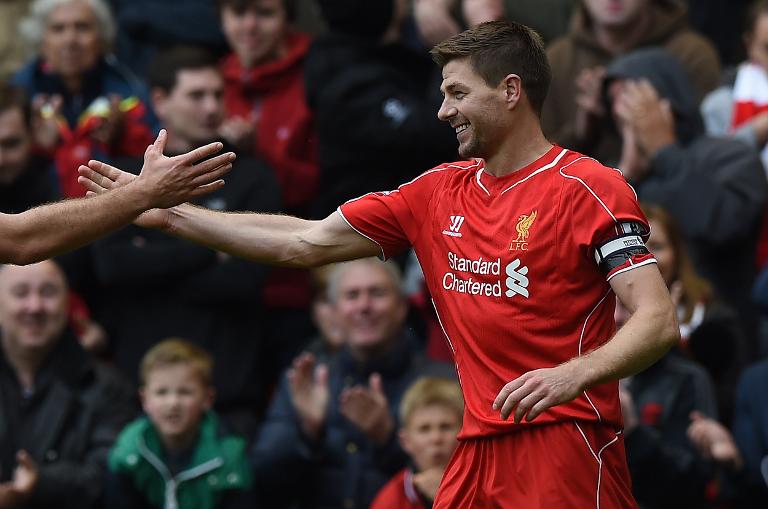 Steven Gerrard has done more for the city of Liverpool than many politicians, manager Brendan Rodgers said on Friday as the Reds great prepared to play his final match at Anfield.

Liverpool captain Gerrard, 34, will lead out his hometown club and take the applause of the Kop for the last time when the Merseysiders face Crystal Palace in the Premier League on Saturday.

A one-club man so far in his professional career, will join the Los Angeles Galaxy once the season ends.

Liverpool manager Rodgers said the former England skipper would be an irreplaceable figure at Anfield but stressed how Gerrard’s contribution to the life of his home city had extended far beyond the football field.

Gerrard’s testimonial at Anfield in August 2013 raised about Â£1 million ($1.6 million dollars, 1.4 million euros) and he donated Â£500,000 to the local Alder Hey Children’s Hospital Charity, while his own foundation, set up in 2011, continues to raise money that then provides grants for local causes.

“I’ve asked a lot of my staff ‘If you could describe Steven in one word what would it be?'” Rodgers told a press conference on Friday.

Gerrard “The words which come to mind are ‘genuine’, ‘quality’, ‘world-class’ – all the adjectives you would describe him as.

“I would describe him as ‘Liverpool’. Not just Liverpool as a football club but Liverpool the city.

“This is a guy who is very much about looking after his people. He loves this city.

“As you have seen and heard he has had a number of opportunities to move from here to prestigious clubs but Liverpool is his home.

“What he has (done for) local hospitals and charities, all the work he does is unheralded.

“He is a wonderful symbol for the people here and an incredible icon of the club.

“If you think he is a good player he is an even better human being.”