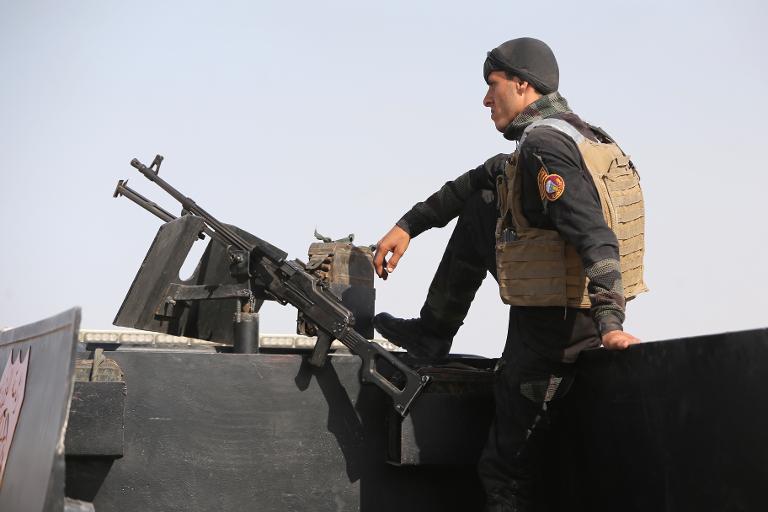 Islamic State fighters seized the government compound in the city of Ramadi on Friday and edged closer to what would be their biggest victory in Iraq this year, officials said.

The loss of the capital of Anbar province, which Prime Minister Haider al-Abadi had said would be the next target of government forces after wresting back Tikrit last month, would be a major setback for Baghdad.

IS has threatened to take control of Ramadi for months and the breakthrough came after a wide offensive on several fronts in the province, including an assault using several suicide car bombs in Ramadi on Thursday.

The jihadists seized the government complex at around 2:00 pm (1100 GMT) and raised the black flag, a police officer said, giving them nearly full control over Anbar’s capital.

IS “now occupies the government centre in Ramadi and has also raised its flag over the police HQ for Anbar,” the police major told AFP, speaking on condition of anonymity.

The group itself issued a statement saying its fighters broke into the government complex, and blew up the adjacent buildings of Anbar’s governorate and the police headquarters.

A senior tribal leader in charge of the coordination of local fighters with regular government forces also confirmed the government complex had fallen.

“The only (government) forces still fighting are confined to a few pockets in Ramadi but they have no command post anymore,” Sheikh Hekmat Suleiman told AFP by phone.

Provincial council member Adhal Obeid al-Fahdawi had described the situation as “critical” moments earlier and said civilians were fleeing the city centre, the second time in a month they have done so following another IS offensive in April.

“Families are trying to flee on foot, leaving their cars and homes behind, but most areas around Ramadi are under IS control,” said Sheikh Jabbar Adjadj al-Assafi, a tribal leader.

The IS said earlier that it had carried out several attacks on army positions east of Ramadi, including one by a British suicide bomber it named as Abu Musa al-Britani.

“Another vehicle driven by our brother martyr Abu Khobayb al-Shami attacked the Al-Majd police station near Al-Haq mosque in Ramadi, followed by an assault that killed who was left,” the group said in its daily radio broadcast on Friday.

It also claimed to have killed 13 Iraqi soldiers in an attack on a hill east of Ramadi and executed 14 Sunni tribal fighters when it took over the central neighbourhood of Jamiya.

Iraqi security sources and IS said the town of Jubbah, about 180 kilometres (110 miles) northwest of Baghdad, had also been seized by jihadists.

A tribal leader said the town, which is near the large airbase of Al-Asad where several hundred US advisers are stationed, had been left insufficiently protected.

Both sides also reported several attacks east of Fallujah, only a few miles from the borders of Baghdad governorate, since Thursday but their outcome remained unclear.

IS named its latest Ramadi operation after Abu Muhannad al-Swaidawi, a top IS leader in Anbar who according to jihadist forums was killed in a US-led air strike.

He is described as a former lieutenant of slain jihadist leader Abu Musab al-Zarqawi who fought in both Fallujah battles against US forces in 2004.

Swaidawi is also described as the architect of a massive prison break in Abu Ghraib, just west of Baghdad, which set 500 inmates free and is considered a key moment in the rise of IS.

The organisation’s leader, Abu Bakr al-Baghdadi, broke a six-month silence on Thursday with an audio recording of a speech in which he played up the Anbar battle.

The group, which also controls parts of Syria, swept across the Sunni heartland of Iraq last year before proclaiming a “caliphate” and drawing record numbers of foreign fighters.

A US-led air campaign launched in August helped the central government in Baghdad and the autonomous Kurds in the north turn the tide on IS.

The jihadists have since lost significant ground but still hold Mosul, the country’s second city, and Anbar, whose capital lies 100 kilometres (60 miles) west of Baghdad.