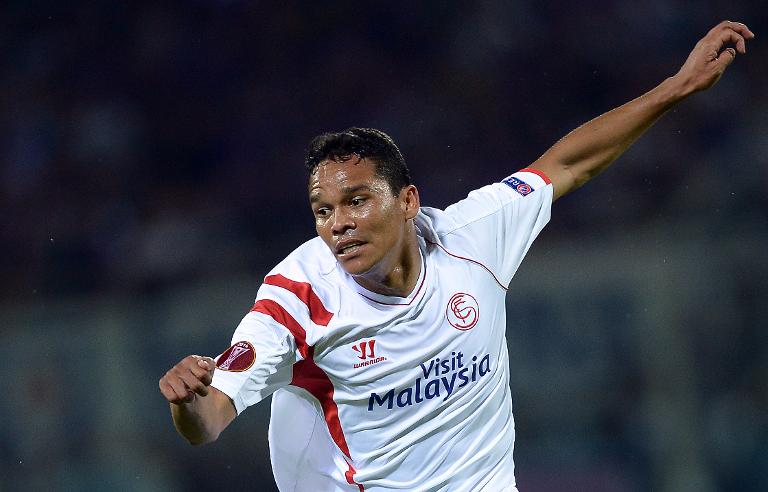 Holders Sevilla, who crushed Fiorentina, face unheralded Ukrainians Dnipro in the Europa League final in Warsaw on May 27.

The finalists progress to the Polish capital finale in wildly contrasting fashions.

Sevilla, seeking a record fourth success in the competition, were firmly in the driving seat after last week’s 3-0 first leg success, and finished off Fiorentina with first half goals from Carlos Bacca and Daniel Carrico.

Dnipro, a former rocket factory side, on the other hand secured their first ever European final by grittily edging Rafa Benitez’s Napoli 1-0 in Kiev to go through 2-1 on aggregate.

Napoli, the 1989 UEFA Cup winners, were the better side in the first half but Yevhen Seleznyov put paid to their Europa League dreams when heading past keeper Mariano Andujar in the 58th minute, with Yevhen Konoplyanka’s cross from the left setting up the all important goal.

Napoli will be fed up with the sight of Seleznyov as it was he who had come on as a substitute last week to snatch a vital 1-1 draw in Naples.

Napoli’s Gonzalo Higuain had an early effort kept out by Dnipro keeper Denys Boyko, who also proved a match for the Argentina striker as the half hour approached.

In relentless rain, Dnipro emerged after the break only 45 minutes away from their first ever European final on the away goals rule.

But Ukraine international Seleznyov settled the nerves of the ‘home’ side – Dnipro hosting Napoli in the safety of the Ukraine capital, which is 450 kilometres further away from the conflict in eastern Ukraine than Dnipropetrovsk.

In Florence, any hopes of a Fiorentina fightback fizzled out when Colombian striker Bacca opened the scoring for Sevilla in the 22nd minute off an Ever Banega free-kick.

Five minutes later the Italians were caught napping by another setpiece, Carrico tapping in a deflected long ball up the right.

Fiorentina’s attempt at a crucial early goal would have paid off if it hadn’t been for Sevilla’s young keeper Sergio Rico superbly denying Gonzalo Rodriguez’s close range header.

Fiornetina manager Vincenzo Montella said: “We weren’t very lucky, at least with the amount of chances we created over the two legs. Sevilla had a good rate of success.”

The lopsided manner of Sevilla’s path to the final was a world away from last year’s route when they needed the away goals rule to see them past Benfica.

While the La Liga outfit are old Europa League hands, Dnipro are sailing in uncharted waters, setting up an intriguing climax to the competition with the winner for the first time securing direct entry to next season’s Champions League.