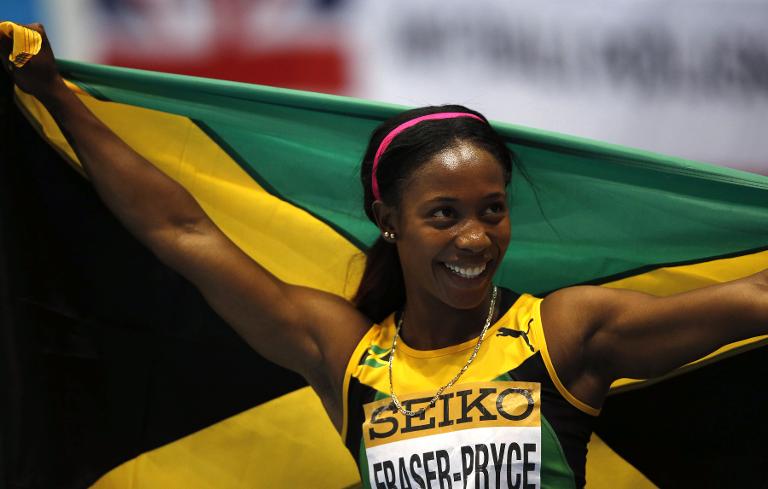 Olympic champion Shelly-Ann Fraser-Pryce will face Jamaican rival Veronica Campbell-Brown at the Shanghai Diamond League meet on Sunday as she begins her quest for a third straight 100m world title.

Fraser-Pryce’s first 100m of the year will be closely watched after an injury-hit 2014, and comes just a few months before she returns to China for the August world championships in Beijing.

The 28-year-old won 100m Olympic gold at Beijing’s Birds Nest stadium in 2008, but she will be tested on Sunday with the highly decorated Campbell-Brown among five rivals with personal bests below 11 seconds.

Campbell-Brown, 33, was the overall winner in the 100m event in last season’s 14-meet Diamond League series and won at the IAAF Continental Cup in Marrakech.

Fraser-Pryce pulled out moments before the 200m at Shanghai Stadium last year, and she has raised doubts about defending her world title in the longer sprint in Beijing.

The Jamaicans are among four Olympic gold medallists and six world champions in Shanghai as the Diamond League season gets underway, starting in Doha on Friday.

Elsewhere, the 110m hurdles includes the top three finishers from the 2013 Moscow world championships and will be a major attraction in the home city of retired Chinese great Liu Xiang.

Liu, who won Olympic gold in 2004, will bid farewell in a specially organised ceremony after he brought a halt to his career last month after struggling for years with injury.

“I like where I am at with my hurdling at the moment,” Oliver said, adding that he was “very happy” to win the 2013 world title after failing to qualify for the 2012 Olympics.

“I am even more motivated to try to defend my title this year,” said the American, in comments released by organisers.

In the field events, the high jump will see a mouth-watering clash between Ukraine’s Bohdan Bondarenko and Mutaz Essa Barshim of Qatar.

Both men have the 22-year-old record of 2.45m in their sights. Bondarenko, the world and European champion, jumped 2.42m last June, before Barshim produced 2.43m in Brussels last September to clinch the Diamond league title.

“Now, I’m the prince of high jump and on the right way to becoming the king,” said Barshim.