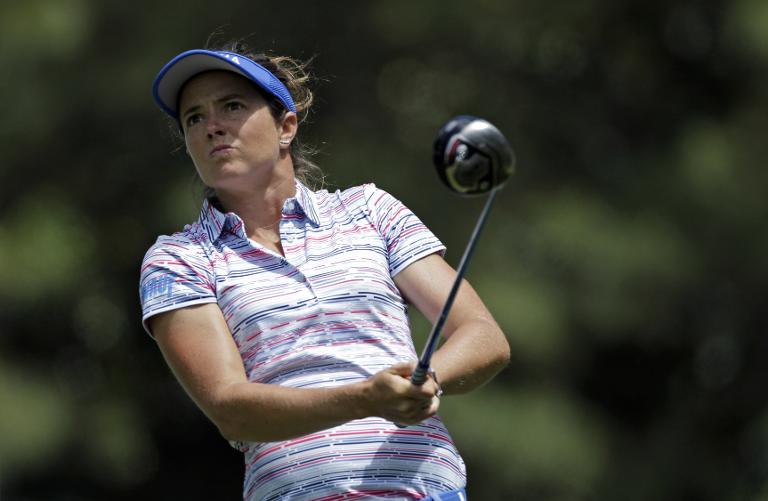 Joanna Klatten grabbed seven birdies in a six-under par 65 to take a one-shot lead after the first round of the LPGA Kingsmill Championship.

Klatten, who has missed five cuts and hasn’t finished better than a tie for 30th this season, on Thursday jump-started her round with four birdies in a row starting at the third hole, and finished the day one stroke in front of Pat Hurst, Alison Lee and Morgan Pressel.

“Well, it’s nice because I haven’t had a very good stretch lately,” Klatten said. “I mean, this is one of my favorite courses all year. I feel very comfortable here. It suits my eye really well. I think you have an advantage if you’re among the long hitters.”

France’s Perrine Delacour was among a quartet of players sharing fifth place on four-under 67, where she was joined by Americans Paula Creamer and Jacqui Concolino and South Korean Ryu So-Yeon.

Defending champion Lizette Salas struggled to a three-over 74 that left her tied for 93rd.

US Women’s Open champion Michelle Wie withdrew with a hip injury after shooting an opening 78.

Klatten acknowledged that she had luck on her side on Thursday — including three monster putts between 30 and 50 feet.

The longest of those was at the par-three fifth, where she holed out from in front of the green for a third straight birdie.

“I had good breaks and it feels really good,” she said.

“Lately, it felt the other way around, but I knew that it always evens out. Today, it definitely did.”

Pressel’s round was highlighted by a near-ace on the 17th. She said swing changes that she is gradually solidifying are giving her more birdie chances.

“I just played solid,” Pressel said. “I didn’t really make a whole ton of mistakes today, and the ones I did, I recovered from nicely with good up and downs, a couple good 10-footers for par, and was able to convert the birdie opportunities that I did have.”

Creamer got off to a hot start with birdies at five of her first seven holes.

She arrived at 18 with a chance to tie Klatten for the lead, but bogeyed to fall back.