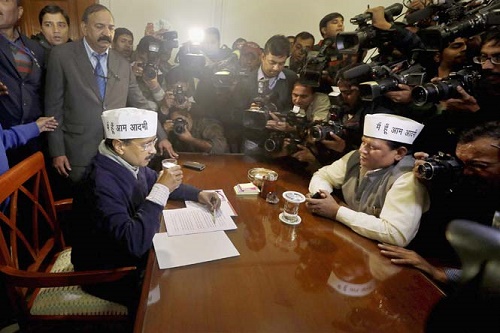 New Delhi: Delhi government is likely to announce the name of actingÂ chief secretary on Friday, after its current incumbent K K Sharma leftÂ for the US on a personal visit.

Sharma is on a 10-day trip and according to the government, a seniorÂ most official may take over Sharma’s charge for that period.

Sources claimed that the services department has recommended a panelÂ of four bureaucrats to pick from, for the top post.

The names of bureaucrats recommended to the AAP government are –Â Naini Jayaseelan, IAS officer of 1980 batch, Arvind Ray, Shakuntala DÂ Gamlin and S P Singh (all of 1984 batch).

Home Secretary Dharampal is also a senior officer but he is a part ofÂ the delegation which has gone with Prime Minister Narendra Modi toÂ China.
Â