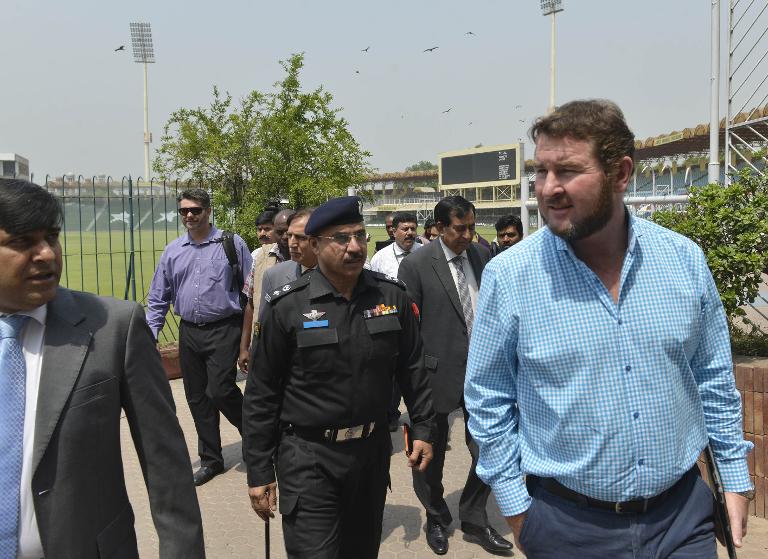 Zimbabwe cricket authorities on Thursday abandoned a planned tour to Pakistan citing poor security — before retracting their decision within 20 minutes and saying discussions were still ongoing.

Zimbabwe Cricket (ZC) released an official statement saying the tour would not go ahead following recent militant violence that has revived fears after a deadly attack on the Sri Lankan team bus in 2009.

But ZC spokesman Lovemore Banda then issued a rapid apology, saying the abandonment was not confirmed.

“The executive and the board are in a meeting right now and we are waiting for their decision,” Banda told AFP by telephone, without explaining the earlier statement.

The tour would be the first by a Test-playing nation since militants attacked the Sri Lankan bus in Lahore, killing six Pakistani policemen and two civilians and injuring six Sri Lankan players.

Pakistan has been desperate to regain its status as an international cricket venue, but security concerns rose further this week when gunmen attacked a passenger bus and killed at least 43 people in the southern city of Karachi.

All five matches would be played in Lahore after Zimbabwe refused to play in Karachi.

Zimbabwe Cricket said in its first statement: “The decision not to tour at this time has been taken after considering the advice from the country’s supreme sports regulatory authority, the Sports and Recreational Commission (SRC).”

Charles Nhemachena, director of the SRC, told AFP: “We declined to clear the tour on account of the security risk.

“We were not happy with the current security situation in Pakistan which we felt will expose our cricket players and officials to risk.”

“I have talked to the ZC chairman (Wilson Manase),” Khan told AFP.

“They are keen to come and I am hopeful that they (the ZC) will convince their authorities as we have promised to put in place 100 percent security.”

An advance Zimbabwean party visited Pakistan last week and expressed confidence that the tour would go ahead.

Zimbabwe this week announced a 16-man squad, but a private daily paper on Thursday said the team should not be put in danger.

“One thing is very clear; Pakistan is not a safe destination to travel to,” the Daily News said. “Pakistan is on fire at the moment.”

No major team has recently been willing to tour Pakistan, who have played most of their “home” matches since 2009 in the United Arab Emirates.

Bangladesh have backed out twice after initially agreeing to tour, although Pakistan have managed to host minor teams Afghanistan and Kenya.

Khan said it would be a huge disappointment for Pakistan fans if Zimbabwe pulled out.

“It will surely be a big setback for us as there is huge interest. The tickets put on sale are in big demand.”