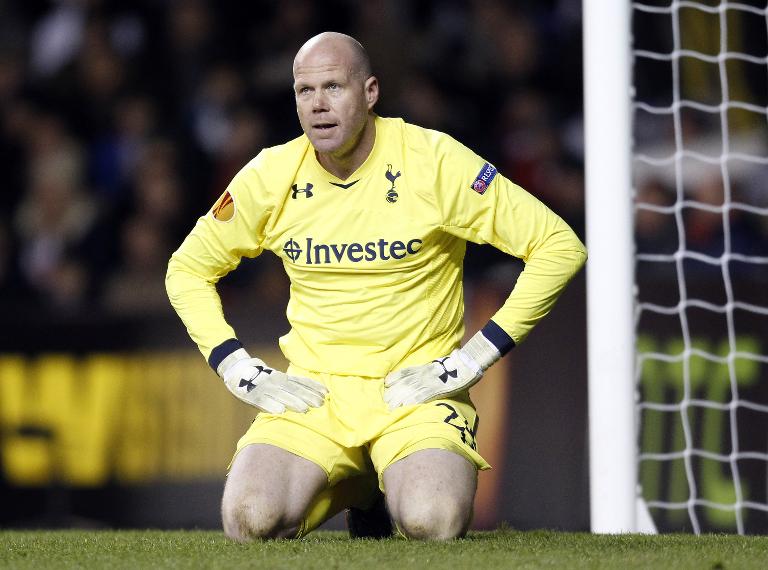 Tottenham Hotspur goalkeeper Brad Friedel is to retire at the end of the season, bringing down the curtain on a career spanning three decades, the English Premier League club announced Thursday.

The 43-year-old has played for several other English top-flight clubs, including Blackburn Rovers, Liverpool and Aston Villa.

Friedel, capped 82 times by the United States, joined north London club Tottenham in 2011 but has been back-up to Hugo Lloris since the Frenchman arrived at White Hart Lane the following year.

“I’m incredibly proud of what I’ve achieved in my career,” said Friedel in a club statement.

“When I first started the journey I never imagined it would be this long, playing 23 seasons in total and representing some incredible clubs,” added the veteran short-stopper, who is returning to the United States to become a member of the Fox Sports television channel’s football commentary team.

Friedel will also be Spurs’s ‘ambassador’ in America and he intends to complete his pro licence coaching qualification as well.

“One thing I will miss is that day-to-day interaction with the staff and players. There really is nothing like it but my 44th birthday is here so I think it is a good time to call it a day,” said Friedel.

“I’ve got some wonderful opportunities in front of me working for Fox TV and I’m completing my pro licence.

“I’ve also signed on as a club ambassador for Spurs focusing on the USA. I’ve got a great relationship with the staff and board, so I’ll certainly do my bit to help the club go further.

“I’ve had a tremendous time here and met a lot of great people along the way. This is a wonderful football club and I feel honoured to have been a part of it for four years,” added Friedel, who holds the record for most consecutive Premier League starts — 310 — set during his time at Blackburn, Villa and Spurs.