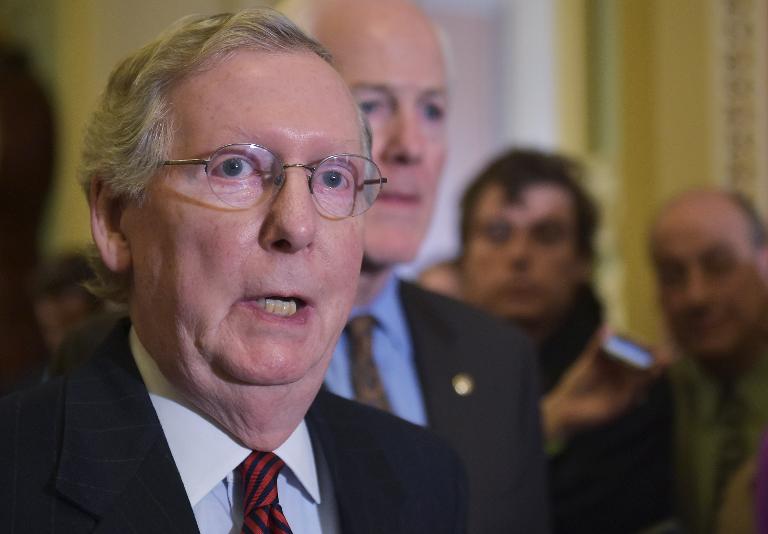 US senators reached a deal Wednesday that would help grant President Barack Obama authority to quickly complete a huge Pacific trade accord, one day after Democrats blocked the measure.

Republican leaders and Democrats agreed to vote beginning Thursday on a package of trade-related measures, including two bills addressing issues like trade enforcement that are Democratic priorities.

Debate and a final vote on the so-called Trade Promotion Authority, is expected next week. If it passes a 60-vote threshold in the 100-member Senate, it goes to the House of Representatives.

The measure would allow the Obama administration to conclude negotiations with 11 other Pacific Rim nations and bring a finalized trade accord to Congress for an up or down vote, with lawmakers not permitted to make changes.

Senate Majority Leader Mitch McConnell announced the breakthrough after non-stop negotiations between the two parties, and following a meeting between Obama and 10 pro-trade Democrats Tuesday in which he pressed for a solution.

McConnell said that in addition to the trade promotion bill, the chamber will hold two earlier votes — on customs enforcement and Africa growth measures.

The customs enforcement measure, which several Democrats wanted to see included in the trade promotion bill itself, was seen by many lawmakers as a “poison pill” that would kill the measure because it included a controversial provision enforcing penalties for currency manipulation.

A fourth measure, on trade adjustment assistance designed to help US workers impacted by globalization, will be considered as part of the trade promotion bill.

“I think we’ve come up with something that is fair,” Senate Minority Leader Harry Reid said on the Senate floor.

The bill would apply to any free-trade agreement negotiated by the executive until July 2018, including a large US-Europe accord now under discussion.

The measure sets some 150 negotiating objectives for the executive to meet, including provisions on human rights.

The Senate failed to even begin debate on the bill Tuesday, after Democrats balked when they did not get guarantees of votes on all four elements of the trade package.

Senator Ron Wyden, the Democrat who helped craft the trade promotion bill, said he was particularly pleased that the trade enforcement measure.

It is “long overdue recognition that vigorous trade enforcement has got to be in the forefront, not in the rear,” Wyden said.