Home Cityscape The Voices of Chennai 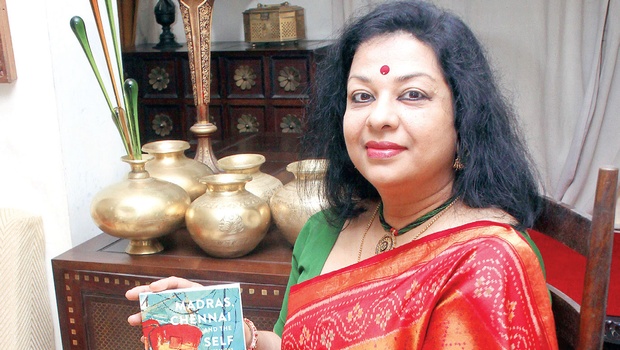 Chennai: Chennai-born Bharatanatyam dancer and writer Tulsi Badrinath whose roots lie in Uttar Pradesh has come out with a new book, which narrates stories of people who call the southern metropolis home.

Dalit writer and activist P Sivakami, superstar Vikram and karate-expert K Sehsardri as well as wildlife expert and photographer M Krishnan and his wife are among people featured in her book “Madras, Chennai and the Self – Conversations with the City.”

Born to parents who were brought up in Uttar Pradesh, Tulsi who has made Chennai her home has interviewed an eclectic range of 12 people.

“In deciding on whom to interview, I chose people who live in different parts of the city… I sought those who in some way brought out an aspect of the city,”Â  Tulsi said.

One of her first interview profiles is with a Hindu priest K Seshadri who owns a black belt in karate and who seemed to exemplify for the author, the people of the city who held firm to tradition but were also in step with modern times.

Seshadri pursued his contrary even forbidden passion while simultaneously adhering to a life of orthdox and scrupulous ritual.

When he can no longer serve in the temple, Seshadri plans to shift to his home. “I will continue to conduct pujas and teach karate. If Perumal gives me ten rupees, I am happy,” he says. Seshadri provides Tulsi an opportunity to feature the various ancient temples that have been in the city for centuries.

Next on the series is the story of dalit woman IAS officer who made her journey from a village in interior Tamil Nadu, Preambalur near Trichy to the fabled city ‘Patanam’ or Madras.

Tulsi writes about the deeply embedded dynamics of caste in the city.

“In clothing, language, register, food, attitudes and traditions they are visible, reinforced, but these markers are not easily apparent to a tourist or temporary visitor to the city. And they are but a culmination of centuries of rigid demarcation between Brahmins and non-Brahmins, ‘upper’ and ‘lower’ castes,” says Tulsi.