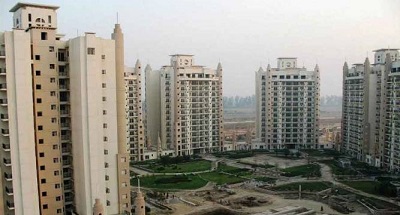 New Delhi: Good news for builders, setback for farmers!Â The Supreme Court on Thursday upheld an earlier order by theÂ Allahabad High CourtÂ onÂ land acquisitionÂ in Greater NoidaÂ Extension, wherein 10% of the developed land will be given to farmers.

“Around 64 % of enhancement of compensation will be given, that is, from Rs 850 to Rs 1400 per square yard and also 10 % of the developed land will be given to farmers. That judgement was challenged by authorities in both Noida and Greater Noida, with 850 petitions filed, while farmers groups filed 350 petitions.

All these petitions came off today before the honourable Supreme Court,” he added.Â Singh further said there is no longer any obstruction for construction.Â “Now, the farmers will file a re-petition against it and will before a higher bench of higher judges,” he added.