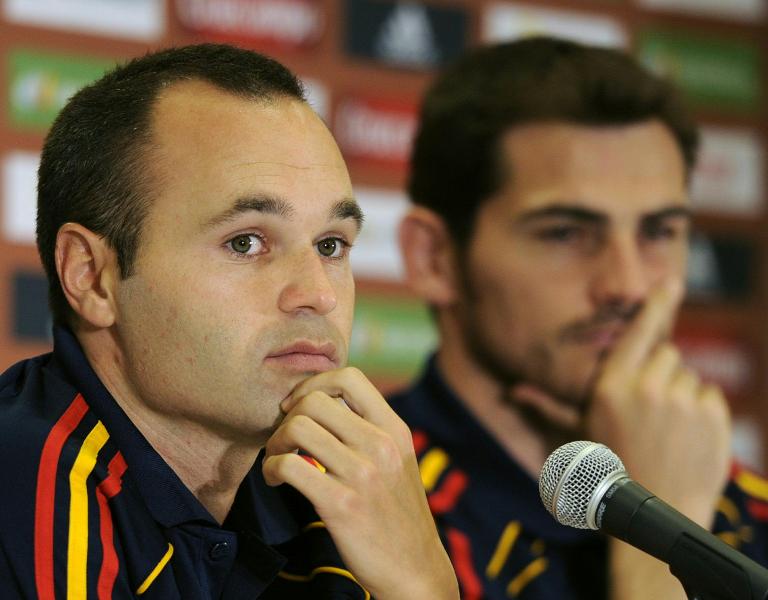 A Spanish court on Thursday suspended a planned strike by star footballers in protest against a new TV rights law, meaning Barcelona could seal the La Liga title this weekend.

The National Court said in its ruling that allowing the strike to go ahead would “prevent the conclusion of the championship” and would “cause a serious organisational disorder”.

A strike would also disrupt “the international commitments of Spain and its clubs, as well as players’ holidays”, the court added.

The AFE players’ union announced last week that footballers would go on strike indefinitely from Saturday and the league, which controls clubs in the top two divisions, filed a petition to have the action declared illegal.

Backed by top players such as Iker Casillas of Real Madrid and Barcelona’s Andres Iniesta, they are demanding that a bigger share of broadcast revenue be channelled to smaller clubs.

The court said the decision to suspend the strike was an interim measure while it studied the case, with a final ruling expected in June.

The stoppage threatened to halt the clash between Atletico Madrid and Barcelona on Sunday which could seal the championship for Barca.

It would also have disrupted the last league matches on May 23 and the Spanish cup final on May 30 between Barcelona and Athletic Bilbao.

The league had warned that a stoppage could cost it 50 million euros ($56 million) per match day in lost revenue.

The RFEF federation, which controls top-league referees as well as lower-league clubs, withdrew its own threat to halt all competition from May 16 as soon at the court announced its ruling.

The origin of the conflict is a new law approved by the government last month that ends the tradition of clubs being allowed to negotiate their own TV deals.

Instead, the rights would be auctioned just as they are in England’s multi-billion-pound Premier League, and the revenue shared out among various sectors of the sport.

Under the reform — approved by Spain’s lower house of parliament on Friday — 90 percent of television rights revenues would be redistributed to the top league and 10 percent to the second division.

The goal is to loosen the financial stranglehold of Barcelona and Real Madrid, the two giants of the Spanish game.

The government expects the new negotiating deal to boost broadcasting revenues to one billion euros ($1.125 billion) from 800 million euros this season.

But the different sides dispute who should control the money.

The federation complains it is being reduced to a messenger for redistributing payments to players while the league gets money to cover costs.

The players’ union complains of not being consulted over the reforms and has demanded a bigger share of revenues for smaller clubs.

Negotiations between the government, the AFE players’ union and the league were continuing to resolve the dispute, which comes as Spain gears up for local and regional elections on May 24.

The different sides had made “advances” during their talks, the head of the professional league, Javier Tebas, told reporters earlier on Thursday.

“I don’t know if there will be an agreement, I am always in favour of pacts, but we can’t sign an agreement that would mean hara-kiri,” he added.

Observers say the dispute is part of a long-running feud between Tebas and the head of the federation, Angel Maria Villar, a FIFA vice-president.

Tebas complained in a recent open letter that Villar — who has led the Spanish federation for 27 years — had called him an “arsehole”.

“What’s behind all this? Dreadful personal relations that could not be worse, as well as a very complex regulatory system,” said Alberto Palomar, a sports law expert at Carlos III University.

The players’ union and federation want the law on television rights to be amended. The government and the league have refused to do that but offered to negotiate separately on better conditions for players.