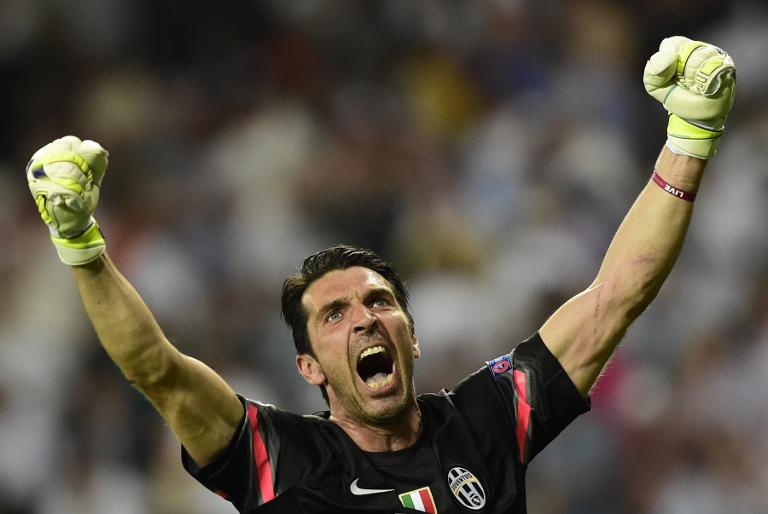 The ‘Sky is the Limit’ for Juventus against Barcelona in the Champions League final in Berlin, screamed the Italian sports press a day after the Turin giants swept aside defending champions Real Madrid.

A second-half leveller by Alvaro Morata, a Real Madrid striker until his move to Juventus last summer, proved decisive as the Italians overcame the record 10-time champions 3-2 on aggregate following the second leg of their semi-final at the Santiago Bernabeu on Wednesday to book their first final in 12 years.

Although Barcelona are fancied for a fifth title in Europe’s premier club competition at Berlin’s Olympiastadion on June 6, if nothing else Juve’s achievements so far this season have lifted the spirits of the country’s once-mighty but now flagging Serie A.

The Italian sports press was unanimous in its belief that Juve — who remain in contention to emulate Inter Milan in 2010 by winning a treble of league, Cup and Champions League — can defy Barca and go all the way.

“Fiesta!” was the headline on the country’s biggest sports daily, La Gazetta dello Sport, above which was written: “Juventus go crazy against Real, now we’re off to Berlin.”

An editorial by Andrea Monti said the sky is now the limit for Massimiliano Allegri’s men: “Juve have booked the eighth Champions League final in their history and can now dream of a third trophy.

“We’ll see what happens with Barcelona, but last night Juventus embarked on a stellar journey. And (goalkeeper, Gianluigi) Buffon’s finger, pointed into the dark of the Madrid night sky, has shown the direction they’re taking.”

With a twist on one of Juve’s several monikers — the ‘Old Lady of Turin’ — he conclded: “The sky, young Lady, is now the limit.”

Italian hopes of a first Champions League title in five years, however, should be kept in check, said former Juventus and Chelsea striker Gianluca Vialli, a pundit on Sky Sport.

“Juve were handed a kind draw against Monaco and fully deserve their place in the final after how they dealt with Real Madrid. But Barcelona are on another planet,” he said.

But for the football romantics, the signs point to success in the German capital next month: Berlin’s Olympiastadion was the scene of Italy’s last World Cup triumph, in 2006, when Buffon inspired the Azzurri to their fourth triumph in the competition, over France.

Juve certainly have the momentum amid what has already been a successful campaign.

Led by new coach Massimiliano Allegri on the touchlines, Argentinian striker Carlos Tevez has provided the inspiration on the pitch by scoring a league-leading 20 Serie A goals so far as well as providing much-needed attacking impetus in Europe.

Allegri, who led AC Milan to the league title in his first season in charge in 2011 before being sacked by the ailing Serie A giants in January 2013, steered Juve to their fourth consecutive scudetto two weeks ago.

Remarkably, he has taken little time in stamping his mark on the club.

To general surprise, he made the Italian Cup final a target for Juve this season but his troops responded by booking their place at Rome’s Olympic Stadium against Lazio in a now rescheduled finale.

Allegri then rolled back the years to steer Juventus into their first Champions League semi-final in 12 years when they squeezed past Monaco 1-0 on aggregate in the quarter-finals.

Juventus — crowned European champions twice, in 1985 and 1996, but also notorious for losing five finals — last appeared in the last four in 2003, when they also swept aside Real before succumbing to AC Milan in a penalty shoot-out.

Juve’s best finish since then was reaching the quarter-finals, which they last achieved under former coach Antonio Conte in 2013.

On that occasion the Bianconeri were humbled by eventual winners Bayern Munich, leading Conte to angrily complain that his comparative lack of financial clout — compared with that of some of Europe’s big spenders, including Real Madrid — meant Juve were carrying a huge handicap.

“The way things are right now, I don’t see any Italian teams winning the Champions League for the next several years,” Conte said after Bayern ousted his team 5-0 on aggregate in the last eight in 2013.

Those words have come back to haunt Conte, who is now coach of Italy.

Immediately after Wednesday’s result the commentator from RTL2 radio screamed over the airwaves: “Conte said it couldn’t be done, but Allegri has shown otherwise!”

For Tuttosport, a Turin-based sports daily which leans heavily towards Italy’s record 31-time champions, three words were used to express their achievement.

“Si Juve Si,” screamed Thursday’s headline. As if to show the entire country was behind the Italian champions, each of the three words coloured with the green, white and red of the national flag.