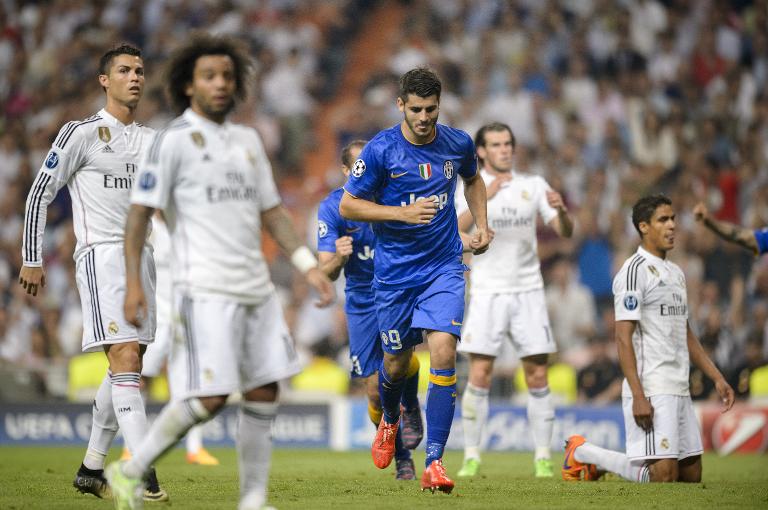 Real Madrid boss Carlo Ancelotti said he isn’t the man to judge whether he will stay in charge of the Spanish giants next season after Juventus dumped the holders out of the Champions League.

The Italian champions will face Madrid’s eternal rivals Barcelona in the final on June 6 after former Real striker Alvaro Morata struck the vital away goal to secure a 1-1 draw in the second leg of their semi-final on Wednesday night as Juventus progressed 3-2 on aggregate.

And Ancelotti could even have overseen his last match from the bench at the Bernabeu after he was given a two-match touchline ban earlier on Wednesday for sarcastically applauding the referee at the end of his side’s 2-2 draw with Valencia at the weekend.

“I don’t have to think (about my future),” said the Italian.

“If the club are happy with what I have done in these two years then I will stay.

“My future for me is decided. I would like to stay here but I know how things are in football and the club have the right to change the coach if they want to.

“I am satisfied with my work here, above all because I have a very good relationship with the players and support from the club in good and bad moments. I evaluate my time in a positive manner.”

Cristiano Ronaldo’s first-half penalty looked to have Madrid on course for arguably the biggest club match of all time against Barca.

However, a combination of poor finishing and some excellent goalkeeping from Gianluigi Buffon prevented the hosts from building on their lead and Juventus shut up shop after Morata had put them back in front in the tie just before the hour mark.

“We lacked very little, it was small details,” lamented Ancelotti.

“We didn’t have a lot of luck. If we had luck to win the Champions League in the last minute (last season) then maybe we lacked it tonight.

“If I have to criticise something it would be the way we played in the first leg. I thank my players because they have worked as hard as they could.”

The hero from last season’s final in Lisbon, Sergio Ramos, was partly to blame for Juventus’ goal as he played Paul Pogba onside before Morata rifled home the Frenchman’s knockdown.

However, the Spanish international also blamed Madrid’s failure to convert their chances as the reason they fell short at the semi-final stage for the fourth time in five years.

“After the first goal we thought it was done,” said Ramos.

“We have to congratulate them. They have gone through because they have done things better.

“It wasn’t just one game but two. Here we didn’t score enough goals and weren’t efficient in front of goal.”