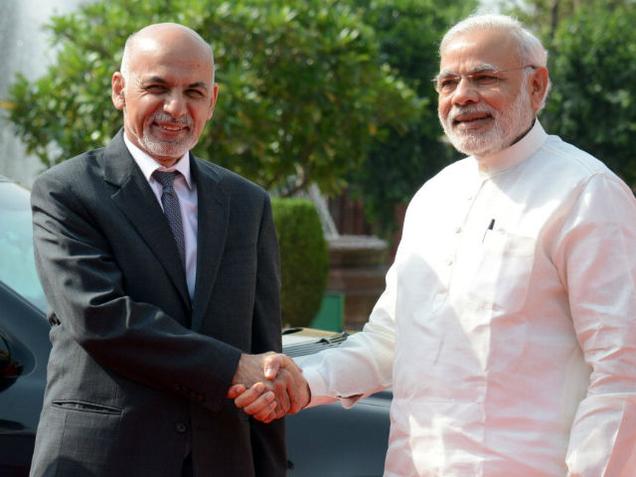 New Delhi: Prime Minister Narendra Modi on Thursday spoke to Afghan President Ashraf Ghani and offered his condolences over the loss of lives in the Kabul guesthouse siege in which four Indians and an American were among those killed.

“Spoke to President Ashraf Ghani and offered condolences on loss of lives due to the Kabul attack. We are one when it comes to fighting terror,” Modi, who arrived in Xi’an this morning on a three-day visit to China, tweeted.

“President Ashraf Ghani expressed sadness on the unfortunate demise of Indian citizens in the attack in Kabul,” the Prime Minister said.

Four Indians and an American were among those killed when Taliban gunmen stormed the Park Palace Guesthouse in the Afghan capital thinking that Indian Ambassador Amar Sinha was inside the complex popular among foreign nationals as the attack ended after hours-long siege.

The attack started at about 0900 PM last night when three gunmen launched a brazen assault at the guesthouse, located in the Kolola Pushta area of the Kabul city.

Soon after the gunmen stormed the guest house, Afghan National Security Forces including Special Forces arrived and began striking back the attackers and also rescuing those under siege inside the guesthouse.

All three attackers were killed in the siege that lasted for about seven hours, ending in the wee hours of this morning.