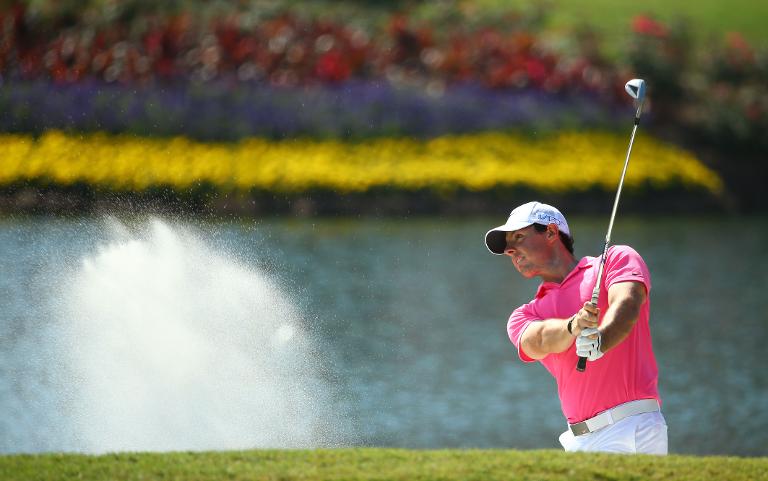 World number one Rory McIlroy isn’t afraid to attack a golf course, but he’s not sure he’s part of a “cut throat” generation described by fellow 20-something Patrick Reed.

US 24-year-old Reed, a four-time winner on the US PGA Tour, will play alongside 26-year-old McIlroy when the Wells Fargo Championship tees off at Quail Hollow on Thursday.

Reed believes it is a “cut throat” approach to the game that has seen young players like himself, McIlroy, Masters champion Jordan Spieth, Rickie Fowler and Jason Day dominate the game.

“I donâ€™t know if I agree with Patrick that we’re all ‘cut throat’ and I would simply say that we’re all not afraid to go out there and win,” McIlroy said on the eve of the $7 million tournament.

“I would agree that the last few years we have all started playing a lot more aggressively than the guys in the past used to, and I feel like it’s a lot more drivers and the younger players today are being more aggressive in their approach to the game and it’s resulting in more birdies and so on.”

McIlroy said that fearlessness showed in Fowler’s play-off triumph in the Players Championship at TPC Sawgrass on Sunday.

“You look at the way Rickie played those last few holes and he clearly showed he wasnâ€™t afraid of hitting driver and hitting it straight at the pin,” McIlroy said.

“It was an amazing finish and a great win for Rickie, and I’m really pleased for him.

“But then I was looking at those last few holes they were playing and I was thinking to myself that when Rickie birdied 15 to go eight-under par, it was the same score that I was standing on the 16th tee.

“So it just shows how bunched it all was last Sunday.”

This week’s tournament is McIlroy’s third of five events in succession, a run that will also include next week’s European Tour PGA Championship and the following week’s Irish Open.

He said the return to Quail Hollow is always special, as he captured the first of what is now 10 PGA Tour titles here in 2010.

“It’s always been nice to come back to Quail Hollow as the course and the tournament will always be special to me,” he said.

“I’ve always played well here including in 2012 when I lost out to Rickie, so delighted to be back.”