Home World Mark Rothkos No. 10 sells for $82 million in NY 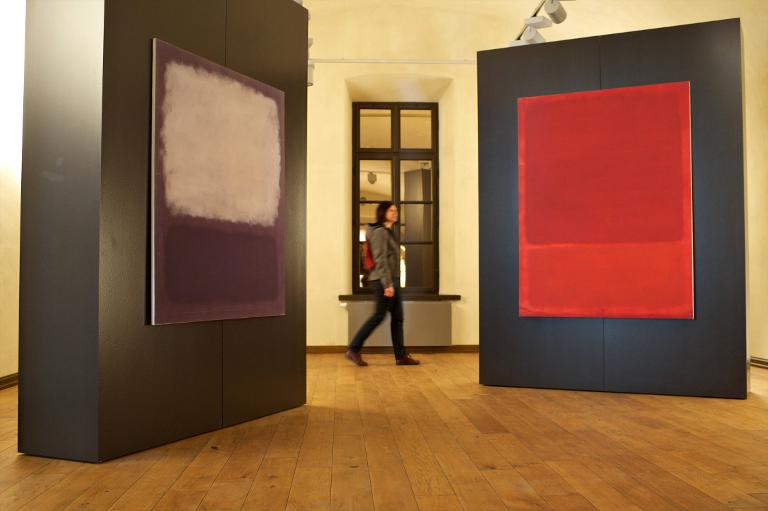 A painting by abstract expressionist Mark Rothko sold for close to $82 million, auction house Christie’s said, one day after another of his masterpieces fetched a hefty sum in New York.

Rothko’s “No. 10” sold for $81.92 million at an auction of post-war and contemporary art at Christie’s Wednesday, nearly twice its estimated value.

“No. 10” was one of several works auctioned Wednesday, with German-British Lucian Freud’s “Benefits Supervisor Resting” oil of a full-figured nude woman sleeping on a sofa fetching $56.16 million.

The haul for Rothko’s “No. 10,” an oil work of deep and rich shades of red, follows another sale on Tuesday of his “Untitled, (Yellow and Blue),” which earned $46.5 million at Sotheby’s in New York.

Earlier this week, a Picasso masterpiece and a Giacometti statue smashed world records for the most expensive art sold at auction, fetching more than $179 million and $141 million respectively.

Rothko, who died in 1970, became a giant of the modern art world through his characteristic style: a seemingly simple but arresting juxtaposition of blocks of color.