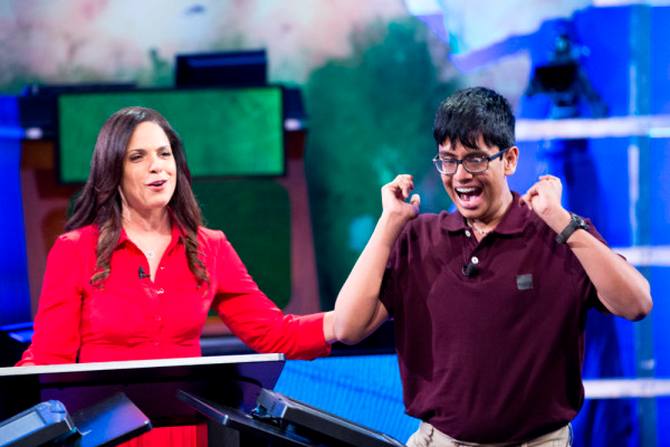 Menon has added his name to a long list of Indian-origin kids who have made their mark over the years in the similarly coveted spelling bee championships in the US. The first-runner up and recipient of a $25,000 college scholarship was 11-year-old Shriya Yarlagadda of Michigan.

The third place and a $10,000 college scholarship went to Sojas Wagle of Arkansas, a 13-year-old eighth grader. Menon answered all seven championship-round questions correctly to win the title.

More than 4 million students in over 11,000 schools in all 50 states, the District of Columbia, US Atlantic and Pacific territories and Department of Defense Dependents Schools took part in the National Geographic Bee this year. After winning the competition Menon said, “I’m on top of the world right now.” Menon said he found the questions to be “really challenging”.

“Some of them I’d studied, but for some of them, I had to take a risk. I just had to go with my gut and say an answer,” he was quoted as saying by ‘MyCentralJersey.com’. He said he’s always been interested in geography, a subject which helps one become a “global citizen.”

“I’ve always liked looking at maps, seeing where each location is and learning about the different parts the world,” he said. “You get to see how and what it is like outside the boundaries of your hometown,” he said. “Geography really connects these dots together. It’s good to know about the world you live in. You learn about the various cultures around the world and how they live and the topography,” he said.