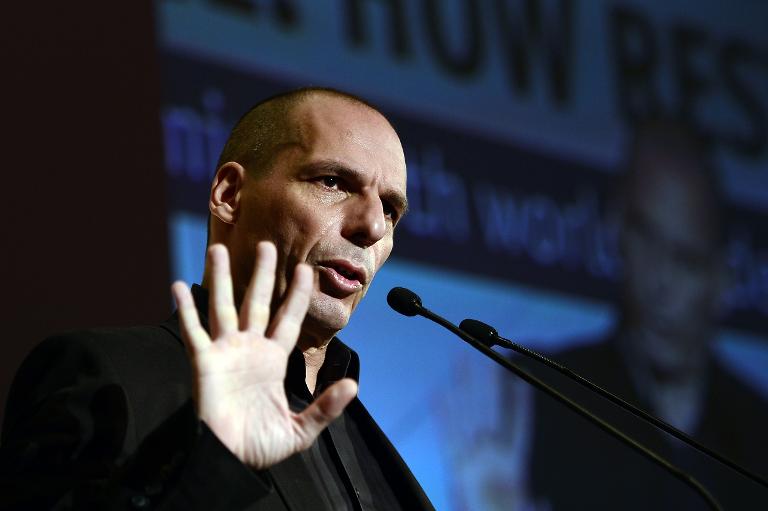 Greece wants the European Central Bank to agree for Athens to delay payment on some 27 billion euros ($30 billion) in Greek bonds that it will otherwise be unable to repay, the finance minister said Thursday.

“It’s quite simple, these bonds must be pushed into the future, this is clear also to the ECB,” Yanis Varoufakis told a conference.

The Greek bonds were part of a batch purchased by the European Central Bank in 2010 and 2011, Varoufakis said.

Athens in July and August is already scheduled to repay over 6.0 billion euros to the ECB from the same bonds, Varoufakis said.

“The finance ministry will have to borrow from our peers, in some way, to repay them,” he said.

Varoufakis has warned that the country risks running out of cash within two weeks if no deal is reached with its creditors to unlock the last tranche of aid funds.

Four months of deadlock between Greece’s radical Syriza-led government and its EU-IMF creditors over the reforms needed to release a final 7.2 billion euros in bailout funds has generated concerns Athens is running critically short of cash and may soon end up defaulting, setting off a messy exit from the euro.

Pro-government daily Avgi on Thursday said Greece was hoping to secure a deal before a 302.5-million-euro repayment to the International Monetary Fund on June 6.

Athens is hoping to arrange a meeting of eurozone finance ministers to green-light an agreement by May 25, the daily added.