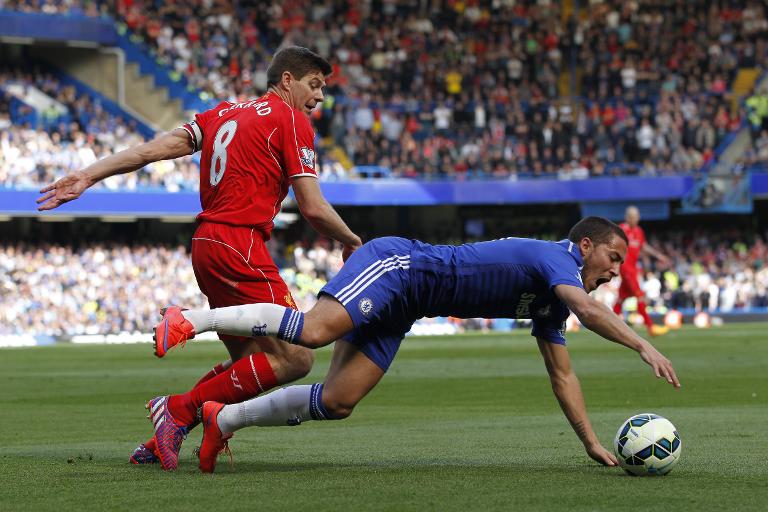 Liverpool captain Steven Gerrard hopes to “keep it together” when he bids farewell to his beloved Anfield on Saturday.

This weekend’s Premier League match at home to Crystal Palace will mark the 34-year-old midfielder’s final match in front of the Kop before he joins LA Galaxy once the season ends.

“I don’t know how emotional it will be,” said former England captain Gerrard at a news conference on Thursday.

“I don’t know what it’s going to be like. I’ve been dreading it because I’m going to miss it so much,” added the Liverpool-born star, for whom the Reds have been the only club of his professional career to date.

“The plan is to try and keep it together and avoid the tears.

“If someone had said when I was going to the academy at eight years old that you’re going to play 708 games and win the trophies, along with the highs and lows, I’d have taken that.

“The supporters have been incredible since day one. I’ve had cruel lows and incredible highs. Their support has never changed in 17 years. That will be the most emotional goodbye.”

Asked who had been his biggest influences at Liverpool, Gerrard replied: “I owe an awful lot to Gerard Houllier.

“He was a father figure and I won three trophies under him,” he said of the French manager, in charge at Liverpool from 1998-2004.

“He gave me the captaincy at 23 and it was a brave thing to do. I owe an awful lot to him.”

Turning to his current Liverpool boss, Gerrard said: “I wish I’d met him Brendan Rodgers earlier in my career. I know I’d be talking about trophies now.”

Meanwhile Gerrard said he would like to return to Liverpool when his playing days were over.

“If there’s a role I consider myself good enough for, then I’d like to come back. I do feel I can contribute in the future.”