Home Sports Federer and Murray roll on in Rome 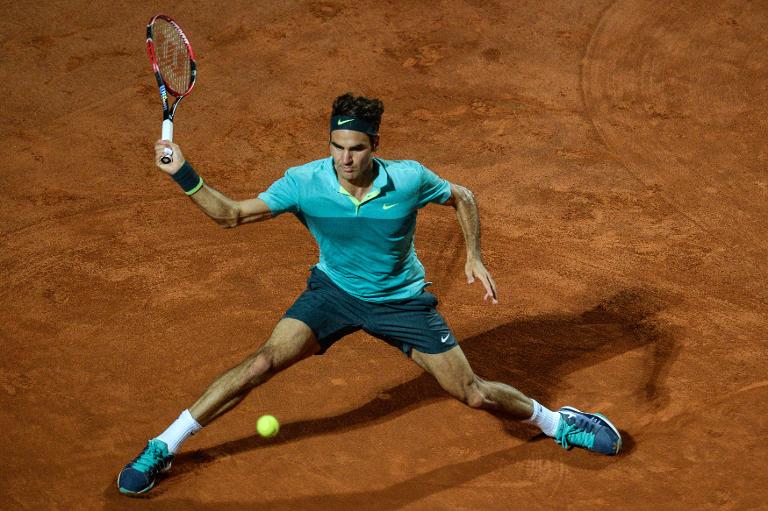 Roger Federer defeated Uruguay’s Pablo Cuevas for the second time this month as the Swiss legend began his campaign at the Italian Open with a 7-6 (7/3), 6-4 win on Wednesday.

The second-round success in 80 minutes came just over a week after Federer beat the Uruguayan on clay in the final in Istanbul.

Federer was tested all the way by Cuevas, ranked 24th in the world, with the second seeded 33-year-old winning a tiebreak to seal the opening set in 45 minutes.

A break for 3-2 in the second gave Federer — seeking his first title in Rome after losing three times in the final in 14 previous appearances — the lead which he never surrendered.

“I know I’m not the favourite like I’ve been in other years for the title here – but who cares, really?,” said Federer.

“I was focusing on getting through this round and I’m happy I won it. I lost last week in Madrid (to Australia’s Nick Kyrgios) and here a year ago holding match points both times.

“So right now I’m glad to go through. It was nice to get the victory tonight.”

Murray extended his record to 10 wins in 10 matches after making a late decision to see how his body had held up after the stunning Madrid Open win on Sunday over Rafael Nadal.

Murray, who turns 28 on Friday, beat Chardy in 84 minutes with six aces and three breaks of the Frenchman’s serve.

“My legs were a bit tired at the start but they started to feel better after a few games,” said Murray. “I played a good match.

“He (Chardy) has a big serve, it was tough for me. But I hung in, moved well and didn’t give him loads of opportunities. I served well throughout the match.

“I’m happy with how I adjusted to conditions, I made it difficult for him to win free points.

“I don’t know how my body will feel over the next days, but I’ll try to spend as much time recovering and resting as possible.”

Nadal, his seeding down to fourth, began his title defence and the quest for a record eighth Rome trophy as he crushed Turk Marsel Ilhan 6-2, 6-0 in barely one and a quarter hours.

I’m playing better,” said Nadal. “it’s true that I’ve not played two weeks in a row at the right level yet – but today was a good start. The level or today was good.

“I played without many mistakes and that gave me the chance to win by this score.”

Italy’s Fabio Fognini thrilled the home fans as he upset tenth seed Grigor Dimitrov 7-6 (11/9), 4-6, 6-0, reaching the third round here for the first time.

In the women’s draw, second seed Simona Halep made up for last week’s surprise opening round exit in Madrid, defeating American Alison Riske 6-3, 6-0 for a place in the third round.

Canadian Eugenie Bouchard ended a losing streak going back two months and six defeats as she held off a late surge from Zarina Diyas 6-3, 6-4.