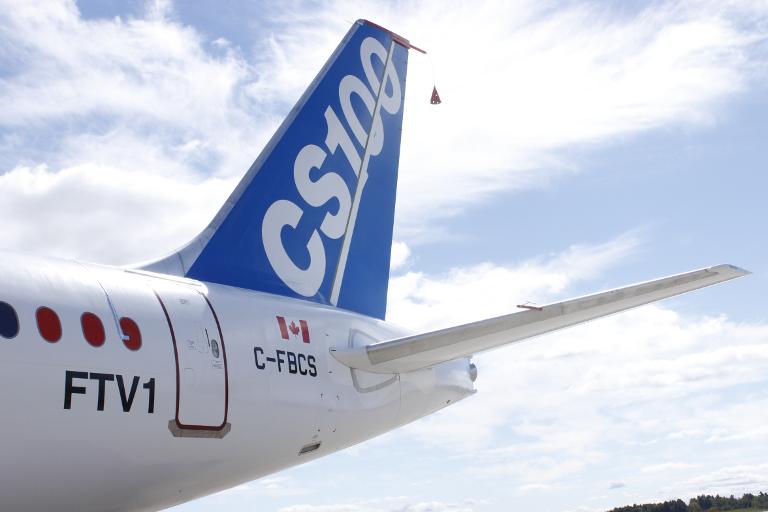 It is cutting 1,750 jobs as it reduces its production rate of two types of business jets — its Global 5000 and Global 6000 aircrafts.

“We have seen an industry-wide softness in demand recently in certain international markets and are taking steps to adjust our production accordingly,” Bombardier Business Aircraft president Eric Martel said in a statement.

Bombardier posted a loss of $1.2 billion last year blamed on delays to its CSeries passenger aircraft program, restructuring plans and the suspension of its Learjet 85 business aircraft.

These have resulted in total cuts of 6,500 jobs or 16 percent of its workforce since December 2013.

Repeated delays to the CSeries, a new type of aircraft designed to compete with the 737 and A320 medium-sized planes built by Boeing and Airbus, damaged its credibility with buyers.

The cost of the program, meanwhile, has increased by $2 billion to $5.4 billion.

Lufthansa Group subsidiary Swiss International Air Lines is scheduled to be the first customer to receive delivery this year of the CS100, which is awaiting certification, almost two years late.

Meanwhile, Bombardier suspended its Learjet 85 business jet program in January due to “weak market demand,” laying off 1,000 employees in Mexico and the United States.

Bombardier chief executive Alain Bellemare pledged to shareholders last week to set the company back on a path to profitability.

“The job cuts are necessary to reduce costs,” he said, adding that he would press parts suppliers to also drop their prices.

Bellemare took over as chief executive in February from Pierre Beaudoin, heir of company founder Joseph-Armand Bombardier, while Beaudoin took on a new role as executive chairman of the board.

The new CEO was the former head at United Technologies’ aerospace division and once worked for UT’s subsidiary Pratt & Whitney, whose engines were selected to power Bombardier’s CSeries passenger aircraft.

He announced last week a public offering of a minority stake in Bombardier’s trains division at the end of the year in order to raise funds.

Royal Bank of Canada analyst Walter Spracklin commented that the “magnitude of the (latest) workforce reduction is somewhat surprising.”

But he added it should not impact the Bombardier’s share value as investors were expecting it.

The stock actually rose a tick in morning trading in Toronto following the company’s announcement Thursday to Can$2.62 (US$2.18).