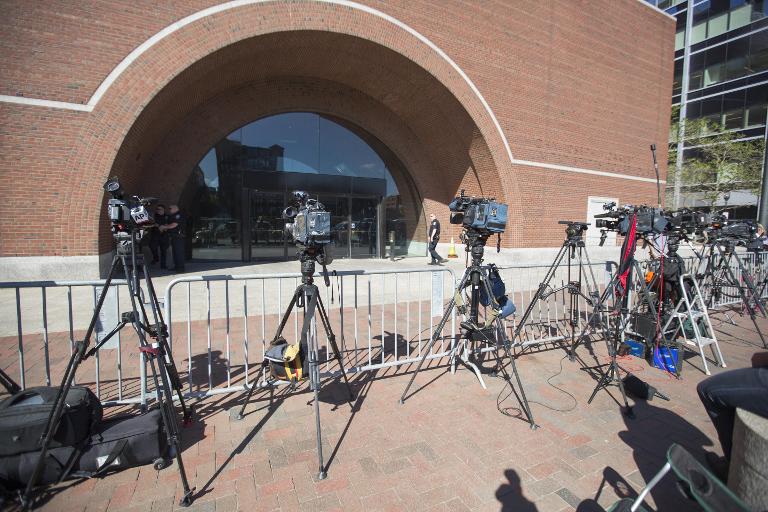 Jury deliberations will enter a second day Thursday on whether to sentence Boston bomber Dzhokhar Tsarnaev to death or life without parole, for carrying out one of the worst attacks in America since September 11.

The 12 men and women, who last month convicted the 21-year-old of Chechen descent on all charges relating to the April 15, 2013 bombings, must reach a unanimous verdict if they are to sentence him to death.

Two pressure cooker bombs, hidden in backpacks and assembled with online instructions from Al-Qaeda killed three people and wounded 264 others at the finish line of the northeastern city’s popular marathon.

Government prosecutors say Tsarnaev is a remorseless terrorist who deserves to die for inflicting carnage. The defense say he is a “lost kid,” manipulated into the “heinous crime” by his radical older brother.

Jurors began deliberations Wednesday, meeting for less than an hour before Federal Judge George O’Toole instructed them to return Thursday.

They must elect a foreman, then complete a 24-page, eight-part verdict form that requires each to weigh aggravating and mitigating factors, list any additional mitigating factors and examine Tsarnaev’s motives.

“The choice between these very serious alternatives is yours and yours alone to make,” O’Toole said.

It took them over 11 hours to convict Tsarnaev of the bombings, the subsequent murder of a police officer, a carjacking and a shootout.

The defense disputed little evidence in the guilt phase of the trial, but have deployed dozens of witnesses in an attempt to save him from the death penalty by portraying older brother Tamerlan as the real culprit.

Tamerlan, 26, was shot dead by police while on the run. Government prosecutors say that Tsarnaev acted of his own free will as an adult.

The defendant, a 19-year-old student at University of Massachusetts, Dartmouth at the time of the attacks, has showed no emotion during his trial, except for when an elderly aunt wept on the stand.

He sat motionless, staring at the table in front of him Wednesday as assistant US attorney Steve Mellin said he deserved to die.

The prosecutor referred to a bloody note that he wrote, justifying the attacks to avenge America’s wars in Iraq and Afghanistan.

“No remorse, no apology. Those are the words of a terrorist convinced he has done the right thing. He felt justified in killing, maiming and seriously injuring innocent men, women and children,” Mellin said.

The trial heard harrowing testimony from relatives of the dead, including the father of the youngest victim eight-year-old Martin Richard and Mellin stressed the “excruciating” injuries of amputated survivors.

Prosecutors rubbished any suggestion that America’s most maximum security jail, ADX Florence in Colorado, would be a worse punishment than death.

– Either way, will die in prison –

Tsarnaev would be allowed to exercise, get a college degree, write a book, get visits, talk on the phone to family and exchange letters, they said.

Judy Clarke, one of the country’s leading anti-death penalty lawyers, dismissed the idea that he would enjoy life in “the most rigid, punitive prison in America,” and urged the jury not to make him a martyr.

She appealed to the jury to consider Tsarnaev’s young age, his brother’s domineering influence, his parents’ return to Russia in 2012, the care of his friends, and his reported remorse.

“With either option … Tsarnaev dies in prison. The question is when and how,” she said. “There’s no punishment, not even a death sentence that can balance the scales.”

“I ask you to choose life and impose the sentence of life imprisonment without the possibility of release.”

She portrayed an impressionable youth fed Al-Qaeda magazines and lectures by Tamerlan, the true mastermind of the attacks, the ignored younger son of a mentally ill father and an “intimidating,” radicalized mother.

Since then, she said Tsarnaev had expressed genuine remorse during prison visits by a Roman Catholic nun.

“Jahar Tsarnaev was not the worst of the worst, and that’s what the death penalty is reserved for,” said Clarke, using his Americanized name.