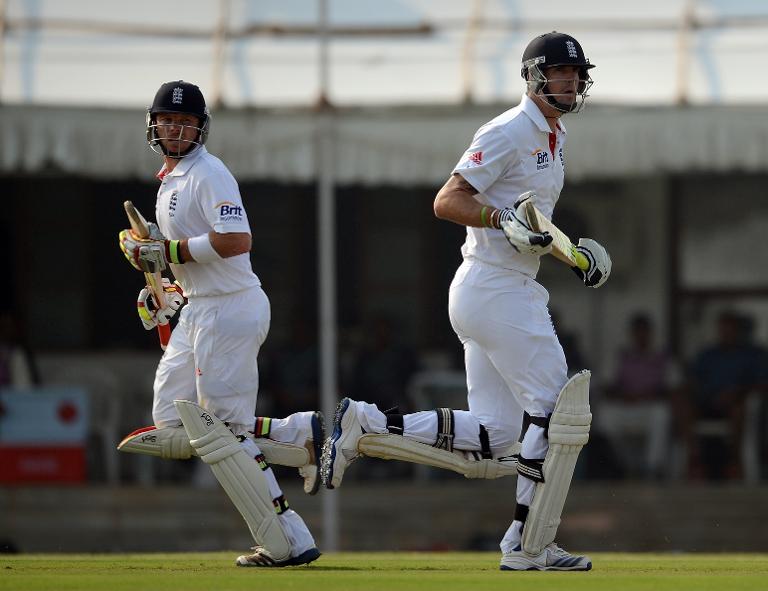 There is still a way back into the England side for exiled star batsman Kevin Pietersen, Ian Bell said Thursday as former skipper Nasser Hussain insisted it was wrong to make him unavailable for international duty.

Newly-appointed England director of cricket Andrew Strauss told Pietersen, in international exile since the team’s return from their 5-0 Ashes thrashing last year, on Monday that he would not be considered for selection for the upcoming home series with New Zealand and Australia.

Bell, who said Pietersen was “probably the best player I’ve played with”, told a news conference in London: “This has been dragging on for a long time.

Strauss, Pietersen’s successor as England captain, said a “massive trust issue” prevented the South Africa-born batsman’s return, even though he is England’s all-time leading run-scorer across all formats.

That appeared to contradict comments from Colin Graves, the incoming England and Wales Cricket Board chairman, that a return was possible if Pietersen scored enough runs in county cricket.

But shortly after Pietersen made an unbeaten triple century for Surrey against Leicestershire on Monday, Strauss told him to forget about playing for England this season.

The news was confirmed by the ECB at Lord’s on Tuesday, just as Pietersen was extending his overnight score to 355 not out across London at The Oval.

“Obviously Kevin is a quality player, probably the best player I’ve ever played with, so he does make any team stronger,” said Bell.

“I played 10 years with Kevin and obviously we both went through highs and lows, won a lot of cricket (matches) together. I enjoyed my time with him.

“The conversation with Colin Graves, maybe there’s a position in time but it’s very difficult to get in right now. The middle-order (Gary Ballance, Bell, Joe Root) has been pretty good now for a period of time and everyone deserves that opportunity now with an exciting summer ahead.

“I don’t know that conversation (with Graves) or how that took place.

“If that did happen and then you get 350, of course you can be a little bit aggrieved, can’t you?”

Hussain, chairing the press conference held by Test series sponsors Investec, said the 34-year-old Pietersen could not be written off yet.

“Some people have had short memories on Kevin Pietersen and the reason he was originally left out — the list of misdemeanours were as long as my arm,” Hussain said.

“But I was a captain who believed in picking your best players. If you are a captain and a coach you man-manage difficult people — that’s why you get paid the extra few quid (pounds) and that’s why you are in the job.

“We (England) are not good enough to make anyone unavailable for selection, unless they retire.”

Pietersen is currently sidelined due to a calf injury sustained playing for Surrey against Leicestershire that ruled him out of joining up with the Sunrisers Hyderabad for the lucrative Indian Premier League.

England — who in just over a year under recently sacked coach Peter Moores won a solitary series, against India in 2014 and suffered an embarrassing first round exit at the World Cup — face New Zealand in the opening Test of a two-match series at Lord’s next week.

“We haven’t been very good over the last 12 months, that’s the reality,” said Bell. “So we have to start putting in performances now.”