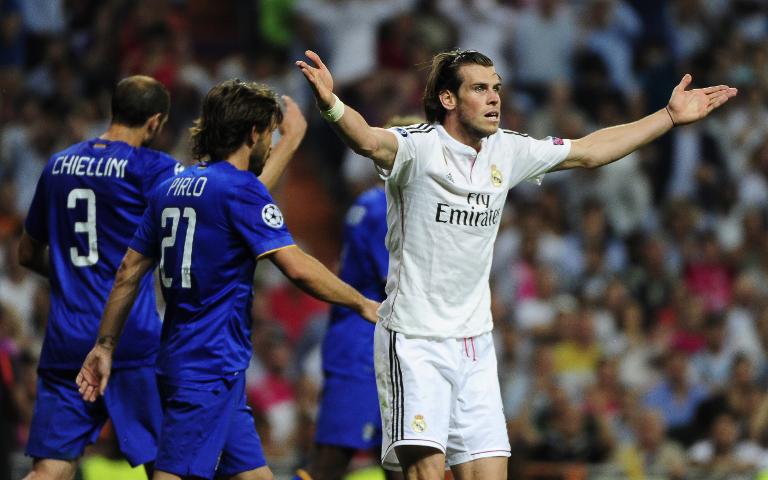 At the end of a difficult second season Gareth Bale had ample opportunity to prove himself Real Madrid’s Champions League hero just as he had 12 month ago in winning a 10th European Cup in Lisbon.

This time, though, there was no moment of inspiration from the Welshman as Madrid relinquished their European crown meekly to a well-marshalled Juventus 3-2 on aggregate after a 1-1 draw on Wednesday night.

The boos and whistles that met every wayward Bale effort as Madrid chased the game in the second-half having conceded for the second time in the tie to a former Real academy graduate Alvaro Morata were born of the frustration of a season that looks set to end without a major trophy.

“What doesn’t kill you makes you stronger,” was Bale’s message in a defiant post-match interview with Sky Sports in which he defended his sub-par performance this season.

The former Tottenham Hotspur winger has consistently and often justifiably been the scapegoat for Madrid’s ills this season.

Despite scoring in three Cup finals in his two seasons with Real, the 25-year-old his failure to integrate himself into Spanish life off the field has contributed to a lack of form on it.

Bale’s inability or unwillingness to speak Spanish has been routinely criticised in the local media, and his influence in decisive moments has waned in former Spurs teammate Luka Modric’s absence through injury.

“There has been some ups and downs. I feel personally I’ve played well. I haven’t scored as many important chances as I would like, but I think my general play has been good,” added Bale.

“I think my finishing has been a bit rusty this season and that is something to build on for next year.”

Whether Bale is given another season at the Bernabeu to prove himself remains to be seen with rumours about a return to the Premier League persistent.

Coach Carlo Ancelotti’s future away from Madrid seems more certain. The Italian may have ended a 12-year wait for the club’s 10th European Cup last year, but few managers survive a season having failed to win La Liga or the Champions League under Real president Florentino Perez.

Ancelotti does bear his brunt of blame for a season that promised so much in an autumn run of 22 straight wins and ultimately delivered very little.

His reluctance to rotate his star-studded squad against even the weakest of opponents with many players coming off a World Cup has left them short on gas when it mattered most in the spring.

However, the Italian was also let down by bad planning in the boardroom that left him with a number of players he ultimately didn’t trust.

The fact Ancelotti made just one substitution when Madrid badly needed fresh blood in the second-half on Wednesday spoke volumes of what he thought of the other six players left on the bench.

The one man called from the bench by the former Chelsea boss was Javier Hernandez, a last-minute loan recruitment in August in case Karim Benzema were to ever fall foul of injury.

There was a vacancy in the backup role for the French international because Morata had ultimately been deemed not good enough after two years with the first time.

That it was he who proved the decisive figure in the tie summed up a miserable season of mis-management at the Bernabeu on every level.