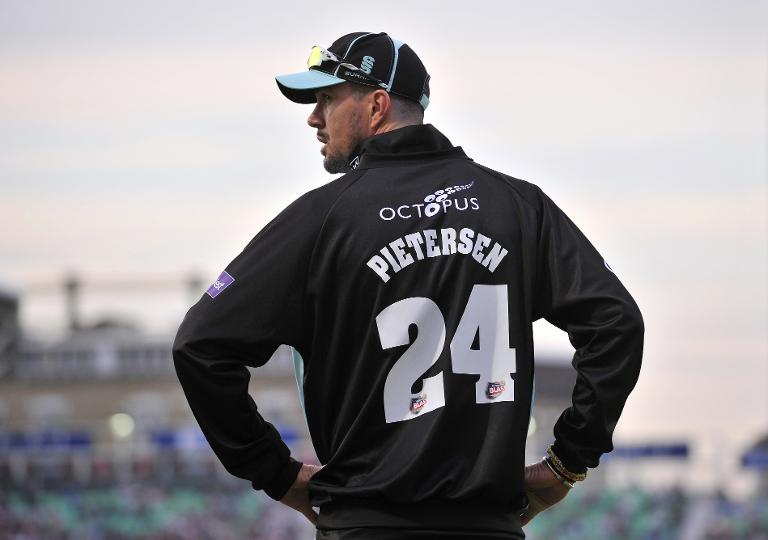 Australian cricketers are in shock over Kevin Pietersenâ€™s banishment from the international game and delighted they won’t have to face him in this year’s Ashes series.

Pietersen, England’s leading all-time run-scorer across all formats, has been told by new director of cricket Andrew Strauss that he is “not part of our plans for the summer”, despite smashing a triple century for Surrey this week.

Strauss cited a “massive trust issue” between the England and Wales Cricket Board (ECB) and the controversial batsman, 34.

Australian players are bemused by the saga, while relishing the ongoing drama distracting their arch-enemy ahead of the Ashes, beginning in July.

“I know that Strauss and him probably donâ€™t get on, (but) Iâ€™m not going to believe it until we get over there and they pick their squad,â€ paceman Ryan Harris told Cricket Australiaâ€™s website Thursday.

“If he keeps going on and playing for Surrey, he may quit now, but if he keeps going and scoring hundred after hundred thereâ€™s going to be a lot of pressure to pick him.”

Harris said he would be very happy if he does not come face to face with the South African-born batsman.

“Of course, absolutely. Heâ€™s a bloody good player and one of the hardest to bowl to, I find,â€ he said. “In saying that, when you play sides like England you want the best players playing — especially when we beat them, you want to beat the best team.”

Harris’s fellow quick Peter Siddle, who has dismissed Pietersen more times (10) than any other bowler in Test cricket, is also rejoicing at his absence from the coming series.

“You canâ€™t find someone to replace him,” Siddle told reporters in England, where he is playing for county side Lancashire.

“I think those players are once in a lifetime, with their confidence and aggression. A bloke that averages 50 in Test cricket. Iâ€™m happy enough to have out of the side.”

All-rounder Glenn Maxwell, who played alongside Pietersen for Melbourne Stars in Australia’s Twenty20 Big Bash but is not in Australiaâ€™s Ashes squad, was up in arms over Straussâ€™s decision.

“That is what you call a proper stitch-up,” he tweeted, referring to Pietersen pulling out of the Indian Premier League after being told by new ECB chairman Colin Graves he must play county cricket and score runs to be in with a chance of playing for England again.

“If Strauss wanted instant public acceptance and the whole country to support Eng again, he should have said, ‘I want KP back in the team’,” he tweeted.

Warne added: “Question, will the ECB only employ a new coach on the proviso he doesn’t want KP in the team ? Gillespie or (Justin) Langer would have wanted KP!”

Warne’s former Australia teammate Matthew Hayden was equally scathing about the ECB’s decision and claimed it would damage their chances of finding a new coach of substance after Peter Moores was sacked.

“You’d be crazy to apply for the England coach’s role because with a director, you are the man the establishment is going to kick,” he told the BBC.

“I think England are entering into a very dangerous space. They have been in a perilous position for the last six months and they are going into very deep times now with an absolutely on-fire New Zealand team and a really revengeful and very in-form Australian team too.”