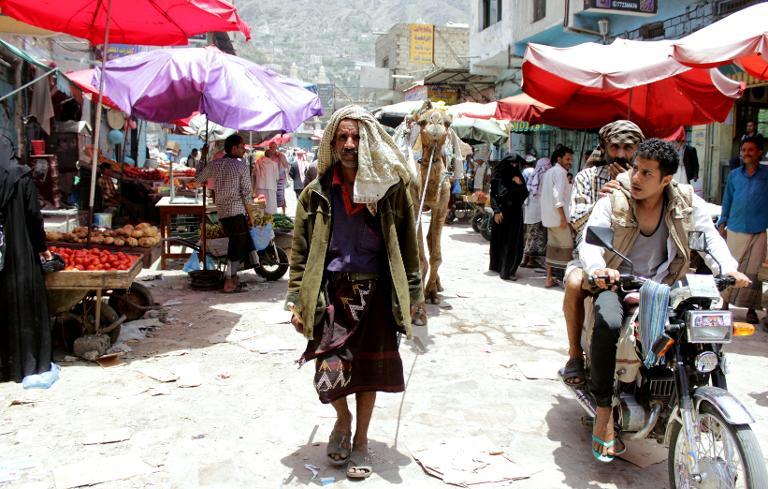 The Saudi-led coalition Thursday alleged that Huthi militias had violated the truce 12 times, including with artillery and rocket fire in several towns in the south, in a statement carried by the official Saudi Press Agency.

But it said the coalition “confirms its full commitment to the humanitarian truce and restraint”.

The humanitarian pause — which began at 11:00 pm (2000 GMT) on Tuesday — is the first break in the air war in support of exiled President Abedrabbo Mansour Hadi since its launch on March 26 and has strong backing from Washington.

The coalition accused the rebels and their allies of truce violations, including rocket and tank fire, and troop movements in the south of the country.

On Wednesday the Saudi defence ministry had already said rockets fired from the rebel-held north of Yemen had hit the border areas of Jazan and Najran inside the kingdom but Saudi forces had “practised self-restraint as part of their commitment” to the truce.

The alleged violations came despite a promise by the Shiite Huthi rebels and their allies to abide by the ceasefire. Riyadh has warned it will punish any attempt to exploit the truce.

A US State Department spokesman said that while the truce was “broadly” holding, it had received some reports of clashes after the ceasefire began.

“We urge all parties to continue to… honour the commitment to restraint,” spokesman Jeff Rathke said.

As aid agencies said they were starting to deliver assistance, residents of the rebel-held capital Sanaa told AFP the ceasefire came as a much-needed relief.

More than 1,500 people have been killed since mid-March in the air campaign and fighting between rebel forces and Hadi loyalists, according to the United Nations.

The Huthi rebels, allied with army units loyal to ex-president Ali Abdullah Saleh, have taken control of large parts of Yemen including Sanaa and were advancing on Hadi’s southern stronghold of Aden when Riyadh launched the air campaign.

The weeks since the start of the air war have seen repeated warnings of a dire humanitarian crisis, with shortages of food, water, fuel and medical aid.

The UN’s food agency said Wednesday that the situation in Yemen had become “catastrophic”.

Dominique Burgeon, emergencies director at the Rome-based Food and Agriculture Organization, told AFP the problems civilians faced were “very serious and at the moment the country lacks everything”.

UN agencies and private aid groups had been preparing to boost their efforts since the ceasefire was announced last week and on Wednesday began taking steps.

A ship chartered by the United Nations World Food Programme, which arrived in Yemen last week, began distributing its shipment of much-needed fuel to areas across the country, an industry official in the port city of Hodeida told AFP.

The country has been suffering from severe fuel shortages — grinding humanitarian operations to a halt — and news of the deliveries prompted motorists to start queueing at petrol stations in Sanaa.

The head of Doctors Without Borders (MSF) in Yemen, Marie-Elisabeth Ingres, told AFP that her group was hoping to “take advantage of the truce that seems to be holding”.

Iran has also announced it is sending an aid ship to Yemen, prompting a fresh war of words with Washington.

Iranian Brigadier General Masoud Jazayeri warned the US against stopping the ship, after Washington said it was tracking its movements.

Jazayeri said that if Saudi Arabia or the United States “continue to create obstacles on Iran’s aid delivery, a fire might start that would definitely be out of their control.”

It took several hours for the ceasefire to take hold inside Yemen, with residents and loyalists reporting continued skirmishes in the southern provinces of Daleh and Shabwa, as well as in third city Taez and the eastern oil province of Marib.

But by Wednesday morning residents said the fighting had largely stopped.