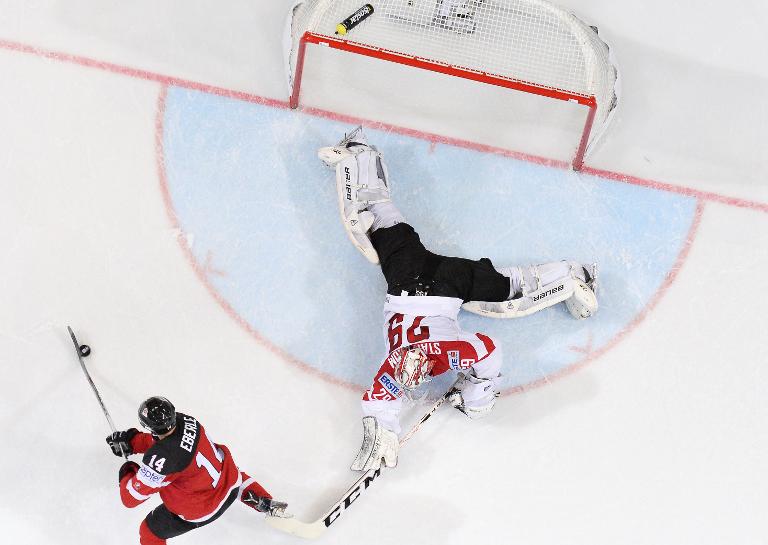 Canada have won all seven games in the group stage of the ice hockey world championships in style, but past editions have taught them that the play-offs are a brand new competition.

In Thursday’s quarter-finals, Canada will face Belarus in their quest for a first medal since 2009 — and possibly the first gold since 2007.

“We’ve felt all along that we have a chance to win the tournament if we play well and we’ve done what we came to do in the group stage,” said Dallas forward Jason Spezza.

“Now it’s the most difficult part of the tournament, we know we’re going to get tested more than we have lately and we have to be ready to play some tight games.”

Olympic winners from Vancouver 2010 and Sochi 2014, Canada have put together an extremely strong team for the tournament which is typically shunned by top players who play the NHL playoffs or prefer to heal their wounds from the season.

But Belarus, leaning on players from the Russian-based Continental Hockey League, might turn out to be a different story, having beaten a strong US team.

“They can be a tricky team to play against, there’s lots of skill and some good offensive players… it’s probably going to be our biggest test so far,” said Spezza.

Spezza himself is one of the tournament’s top offensive stars so far with four goals and seven assists, the same as his teammate Matt Duchene and Russia’s Evgeni Dadonov.

The USA won Group B with their young team after beating defending champions Russia and Finland, and they face Switzerland in the quarter-finals.

Led by New York Islanders forward Brock Nelson, who has scored seven goals at the tournament so far, the US attacking lines will look for ways to beat a solid Swiss defence backed by Colorado goalie Reto Berra.

Finland, who have the best defence at the tournament, will take on hosts the Czech Republic in Prague.

Finland have only conceded ten goals, of which five were in the opening game against the USA, and Nashville goalie Pekka Rinne has managed three shutouts and set a new record of 238 minutes with a clean sheet at the worlds.

Propelled by an enthusiastic crowd in Prague’s 17,000-seater O2 Arena, the Czech Republic have had a few good moments up front but their offensive strength may be hurt by the absence of 43-year-old NHL veteran Jaromir Jagr.

The Florida Panthers wing, who has scored four goals at the tournament, is doubtful for Thursday after limping off the ice early into Tuesday’s game with Switzerland, probably with a pulled muscle.

Pittsburgh star Evgeni Malkin and former NHLer Ilya Kovalchuk add spirit to Russia’s offensive efforts, which will be a serious test for Sweden’s defence leaning on NHL players including the acclaimed Oliver Ekman-Larsson of Arizona fame.

The USA and Switzerland will face off in Ostrava at 1315 GMT on Thursday. Canada’s game against Belarus starts an hour later.

Russia will take on Sweden in Ostrava at 1715 GMT and Finland face the Czech Republic in Prague at 1815 GMT.

The semi-finals are scheduled for Saturday and the finals for Sunday.