Stripping for class and not cash | Newsmobile
Monday, August 15, 2022

Home World Stripping for class and not cash 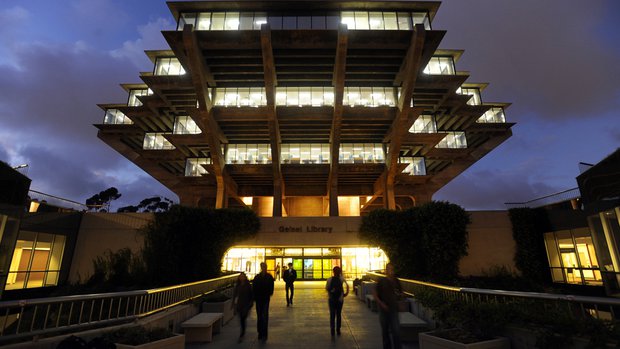 You know when once says the â€˜Butt of all jokesâ€™, it is not meant to be taken literally, right? Well, this time a professor has blurred the line between figurative and literal. And quite evidently, as you read, you will realize that we-are-not-making-this-up.

At the University of California San Diego, a controversy is brewing over an art class in which students take the final exam in the nude.

The course is Visual Arts 104A: Performing the Self, which has been taught for 11 years by Associate Professor Ricardo Dominguez. According to the story, Dominguez explained that students strip down â€” along with him â€” for a â€œperformance of selfâ€ in a dark room with a lit candle. It quotes him as saying: â€œAt the very end of the class, weâ€™ve done several gestures, they have to nude gesture. The prompt is to speak about or do a gesture or create an installation that says, â€˜what is more you than you are.’â€

And he said: â€œItâ€™s a standard canvas for performance art and body art.â€

Jordan Crandall, chairman of UCSDâ€™s Visual Arts Department, said in a statement that nudity was not required to pass the class. He also noted the class itself was not a requirement and that students taking the course were aware of the final. The statement said, â€œThe concerns of our students are our departmentâ€™s first priority, and Iâ€™d like to offer some contextual information that will help answer questions regarding the pedagogy of VIS 104A.

â€œVIS 104A is an upper division class that Professor Dominguez has taught for 11 years. It has a number of prompts for short performances called â€œgestures.â€

These include â€œYour Life: With 3 Objects and 3 Soundsâ€ and â€œConfessional Self,â€ among others. Students are graded on the â€œNude/Naked Selfâ€ gesture just like all the other gestures.

Students are aware from the start of the class that it is a requirement, and that they can do the gesture in any number of ways without actually having to remove their clothes. Dominguez explains this â€” as does our advising team if concerns are raised with them.

There are many ways to perform nudity or nakedness, summoning art history conventions of the nude or laying bare of oneâ€™s â€œtraumaticâ€ or most fragile and vulnerable self. One can â€œbeâ€ nude while being covered.

â€œThere are many comments from former students that are visible online. These comments clarify the matter quite directly. It is important to listen to students who have actually taken the class. Again, the concerns of our students are our departmentâ€™s first priority.â€

If you are wondering how this final has been given with nude students for 11 years without controversy, Dominguez is quoted as saying heâ€™s never had a complaint before now.