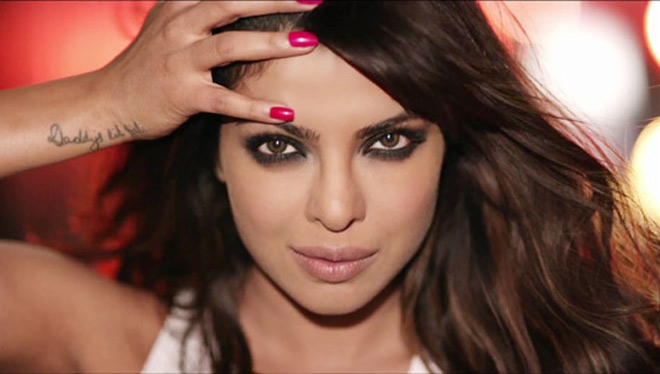 Glamorous, curvaceous and arduous, this dusky enchantress is one of Bollywood’s highest-paid and most celebrated actresses.Â Columnist, philanthropist and musician,Â Priyanka ChopraÂ is the complete package who has awestruck the audience with a number of scintillating performances.Â

She was declared queen of brand endorsements in India and named â€œIndiaâ€™s best Dressed Womanâ€ by People in 2011 and is the first Indian actress to feature in a school text book.

Priyanka Chopra was born on July 18, 1982 in Jamshedpur. She changed schools quite often as a kid due to her parentâ€™s occupation. Moving to the US, she started to learn Kathak dance, western classical music and choral singing at the age of 13.Â

She completed her education at the Army Public School in Bareilly.

Priyanka was Femina Miss India World in 2000 and went on to win the Miss World crown.

Priyanka made her on screen debut in the 2002Â TamilÂ filmÂ Thamizhan. The next year she made her Bollywood debut with â€œThe Hero: Love Story of a Spyâ€.Â  She made a mark in Bollywood with her negative role in Aitraaz (2003). Since then there was no looking back for her. Post the success; she had loads of films in her kitty which includes Karam, Waqt, Bluffmaster, and many more. However, it was Raksh Roshan’s â€œKrrishâ€ and Farhan Akhtarâ€™sâ€ Donâ€ which again brought her to the limelight.

In August 2011,Â Universal Music GroupÂ signed Chopra to a worldwide recording agreement withÂ DesiHits. Her first single, “In My City” featuring will.i.am, debuted in the US on 13 September 2012. It was a commercial success in India. In April 2013, Chopra filmed the music video for her single “Exotic” featuring American rapperÂ PitbullÂ in South Beach, Florida. It was number one on iTunes India. Her third single, a cover ofÂ Bonnie Raitt’s “I Can’t Make You Love Me” was released on 22 April 2014.

Priyanka often speaks out on women’s issues: against female infanticide andÂ foeticide, and in support of education for girls. She has worked withÂ UNICEFÂ since 2008, recording public-service announcements, promoting children’s rights and the education of girls. She was appointed aÂ UNICEF Goodwill AmbassadorÂ for Child Rights on 10 August 2010. Chopra is a supporter of environmental charities and is brand ambassador for NDTV’s Greenathon, an initiative to support eco-friendliness and improve electricity supplies to rural villages.

She won the National Award for â€œBest Actressâ€ for â€œFashionâ€. A 4 time Filmfare award winner, she has numerous minor awards in her kitty. Â