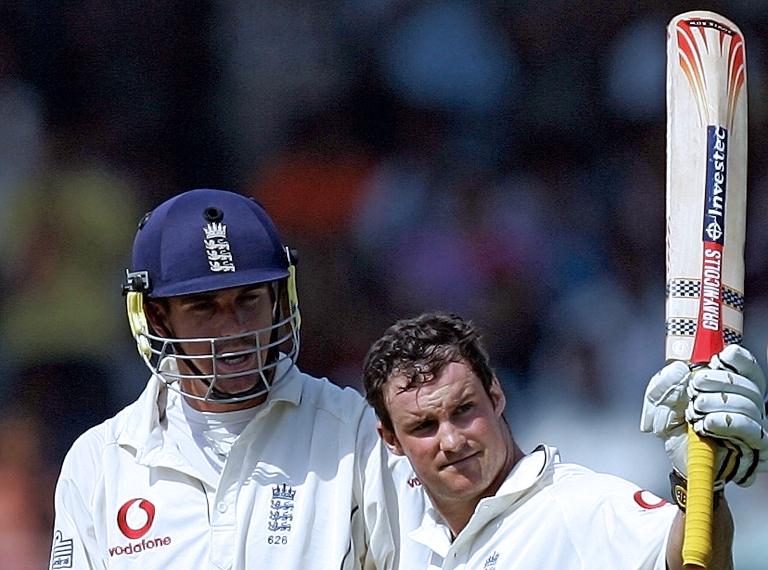 Star batsman Kevin Pietersen said he was “devastated” after being informed by newly-appointed England director of cricket Andrew Strauss that he would not feature for the national team over the home summer because there was a “massive trust issue”.

Strauss, in his first press conference since being appointed to the director role after the England and Wales Cricket Board sacked Paul Downton, stopped short of saying there was no way back into the international set-up for fellow former England captain Pietersen, adding: “He is not banned from the side but I can give him no guarantees for the future.”

But the South Africa-born batsman was given hope of an international recall when new ECB chairman Colin Graves said there could be a way back if he scored enough runs in county cricket.

Yet just hours after he made his maiden first-class triple century for Surrey on Monday, Pietersen was told by Strauss there was no prospect of him being selected by England in the immediate future — and in practice that may mean the end of Pietersen’s international career.

“I am absolutely devastated that it looks like my hopes of an England recall have been brought to a close, especially given everything that has been said and asked of me,” said Pietersen in a furious attack in his column for the Daily Telegraph newspaper.

“They have used the word trust to justify not selecting me, well, trust is a two-way thing. I couldnâ€™t believe just half an hour after I had my meeting, the result of it was on the internet and on the BBC airwaves.

“Now I certainly didnâ€™t tell anybody, so who did? They say they donâ€™t trust me but how can anybody trust them?”

As England captain, Strauss infamously had his own issues of “trust” with Pietersen in 2012 when the star batsman sent “provocative” texts critical of his skipper to opposition South Africa players.

“No one is doubting his ability,” Strauss told Sky Sports.

“His record stacks up and he should be proud of that,” added Strauss, with Pietersen’s tally of 23 Test hundreds just shy of the England record of 26 held by current captain Alastair Cook.

“But over months and years the trust has eroded between him and the ECB and there is a massive trust issue between Kevin and me,” said Strauss.

“That is the reality — and because of that, we’ve decided it is not in the best short-term interests of the side for him to be in it,” explained Strauss, with Pietersen having published an autobiography last year which was severely critical of many England team-mates and former coach Andy Flower.

Pietersen has now been ruled out of the upcoming two-Test series against New Zealand, which starts next week, and the ensuing Ashes campaign as well as England’s home limited-overs internationals in 2015.

“I have never hidden my determination to once again represent England and having played one of the best innings of my career earlier in the day, I must admit I was riding the crest of a wave,” Pietersen said after earlier making 355 not out against Leicestershire in a Second Division County Championship match at The Oval.

“I went into the meeting expecting Strauss to say that Englandâ€™s batting order is good at the moment but if I continued to score runs and if an injury occurred then I would be in contention to play.

“I would naturally have to earn my recall, but at least I would be eligible. But no. Quite simply, I feel deeply misled.”

It was a view supported by several former England captains, with Bob Willis saying Pietersen had been sent on a “wild goose chase”.

Strauss subsequently said he had offered Pietersen a role as an “advisor” on one-day cricket.

Pietersen responded: “I told him to forget it. How can he in one sentence say we cannot trust you and then in the next try and say we want you to be on a board because you have such a wonderful cricket brain?”

The batsman said he would be heading back to India on Friday to join up with his IPL side Sunrisers Hyderabad.

“Itâ€™ll give me a good opportunity to cool down and assess what I’m going to do next. I’m just sorry it won’t be putting on an England shirt,” Pietersen said.