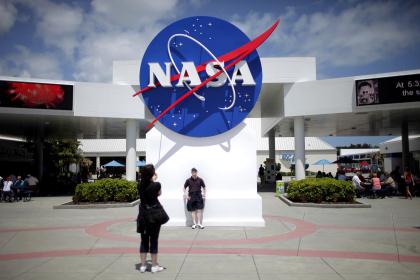 Washington: NASA has built a drone GL-10 or ‘Â Greased Lightning’ that hovers like a helicopter and flies like a plane.

The 28kg, battery-powered drone prototype can switch between helicopter and airplane modes, giving the aircraft the maneuverability and vertical take-off capabilities of a chopper, also the speed and endurance of a plane, the Verge reported.

NASA said that GL-10 craft has now made its first successful mid-flight transitions fromhelicopterÂ to airÂ plane-mode, with aerospace engineer Bill Fredericks adding that so far they have done this on five flights. They were ecstatic.

Fredericks said that the design for the GL-10 was originally twice as big and powered by a hybrid diesel / electric engine, but that a number of hard landings (aka crashes) encouraged them to scale things back, adding that the current lightweight design could have a number of applications.

Fredericks noted that the craft could be used for small package delivery or vertical take-off and landing, long endurance surveillance for agriculture, mapping and other applications.Â