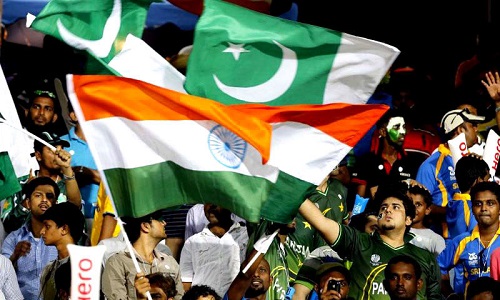 New Delhi: Prime Minister Narendra ModiÂ has confirmed the Men in Blue will play a cricket series against neighbours and rivals Pakistan in the United Arab Emirates in an attempt to improve political relations between the countries.Â

“We have taken the decision to start a cricket series between both countries to improve our relations,” said Modi on Tuesday during a Bharatiya Janata Party (BJP) parliamentary party meeting, a BJP MP who was present told on the condition of anonymity.

Soon after a resolution was adopted appreciating initiatives taken by the Modi government during its first year in office, Modi said some of the members have expressed concern against the series and that is why he was “clearing the air”, said the source.

Despite apprehensions raised by some BJP MPs about a proposed cricket series, Modi is determined to break the ice, sources said.

Earlier on Sunday, the chairman of the Pakistan Cricket Board (PCB) Shahryar Khan had said that Pakistan wants to host the first bilateral Test tour by India in eight years in the United Arab Emirates in December.

The tour, comprising three Tests, five one-dayers and two Twenty20 games is part of a Memorandum of Understanding (MOU) signed between the two boards last year to play five series in the next eight years.

â€œWe want to resume India-Pakistan series in the UAE,â€ Khan told reporters after a meeting with Indian cricket chief Jagmohan Dalmiya in Kolkata on Sunday.