Home World Mediterranean migrants should be turned back: UK minister 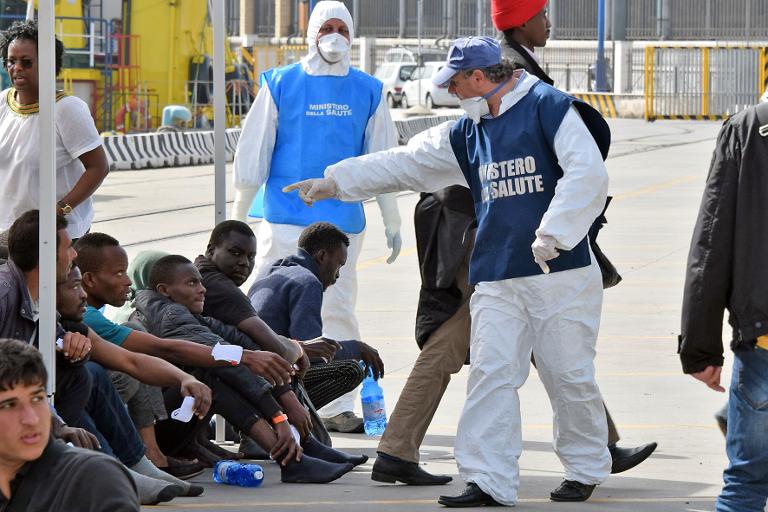 Migrants who attempt to reach the European Union by crossing the Mediterranean should be turned back, the British interior minister wrote in an article on Wednesday.

The comments come amid a European Union row over how to address a crisis that has seen thousands of migrants drown fleeing conflict and poverty in North Africa and the Middle East.

Home Secretary Theresa May said a mooted proposal for European countries to accept a binding quota of refugees would only encourage more to make the dangerous sea crossing.

“The EU should work to establish safe landing sites in North Africa, underpinned by an active programme of returns,” May said in an opinion piece in The Times.

It is wrong to say that no migrants should be returned against their will, as asserted by the EU foreign policy chief Federica Mogherini, May wrote.

“I disagree with the suggestion by the EU’s high representative, Federica Mogherini, that ‘no migrants’ intercepted at sea should be ‘sent back against their will’.

“Such an approach would only act as an increased pull factor across the Mediterranean and encourage more people to put their lives at risk,” May wrote.

EU executive the European Commission on Wednesday will consider whether to ask member countries of the 28-nation bloc to accept refugees under a quota system, calculated by their wealth, size and other factors.

Britain and Hungary are opposed to the plan, and special arrangements under which Britain, Ireland and Denmark could choose not to participate mean the proposal may be sunk, European sources have said.

Up to now, EU states have admitted refugees on a voluntary basis.

A rule that asylum requests are processed in the first country of arrival means that countries close to crossing routes such as Italy, Greece, Cyprus and Malta have borne the brunt of a surge of migration across the Mediterranean.