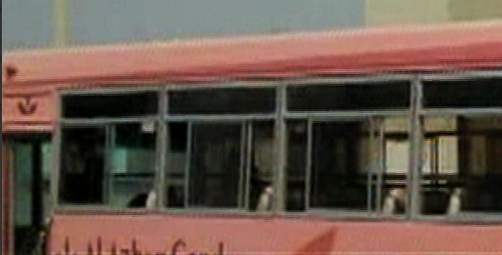 Karachi: Pakistan has yet again experienced violence and bloodshed, the latest episode coming in the form of another bus attack.

According to local media reports, Pakistan Taliban claim responsibility for the attack.Â

This attack, executed by six unidentified assailants on motorbikes, began when they opened fire on a bus belonging to the Ismaili community in Karachiâ€™s Safora Chowrangi area near Dow Medical College. This left at least 47 dead and 24 injuredÂ on Wednesday. Initial reports revealed that the motorcyclists used 9mm pistols in the attack.

Sources confirmed that the bus was attacked from all sides and many were left critically injured. Many women and children were aboard during the attack.

The bus had a capacity of 52 passengers, but it was overloaded and dozens of people were boarding it. Most of them were from the Ismaili community,â€ a policeman at the scene said.

As news of the incident spread, rescue teams, police and Rangers arrived at the scene and cordoned off the area. Rescue efforts were underway to shift the injured to a local hospital.

Further, reports revealed that leaflets containing militant content were found at the scene.

Eyewitnesses said that the assailants also got on board the bus and attacked passengers inside.

Over 60 empty bullet shells of pistols and Kalashnikovs were found at the scene.

Prime Minister Narendra Modi condemned the attack and tweeted, “The attack in Karachi is deeply saddening & utterly condemnable. Our thoughts are with the families of the deceased.”Â

The Prime Minister further tweeted, “We stand firmly with the people of Pakistan in this hour of grief. I wish all those injured a quick recovery.”