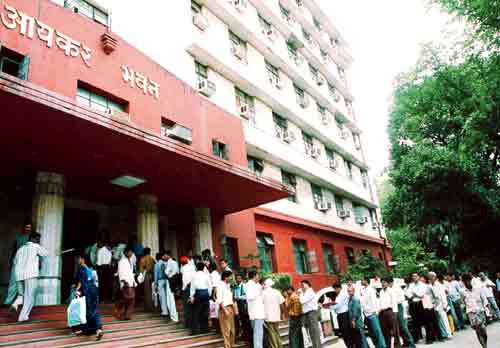 New Delhi: Government has embarked on a plan to widen the country’s taxpayer base and asked the Income Tax department to bring under its net at least 25 lakh new assesses each month during current financial year.

Concerned over the very small number of people paying income tax in the country, the I-T department and its apex policy making body Central Board of Direct Taxes (CBDT) have been asked to take up the project on a “mission mode”, meaning initiation work in this regard on top priority.

A senior Finance Ministry official said that as per current data, the taxpayers base in the country is just over 4 crore which is about 4% of the total population.

After directions from the Finance Ministry, CBDT Chairperson Anita Kapur has recently written to the top brass of the department to step up their work on this front.

“Considering the priorities of the government and the need to widen the tax base, a concerted and focused effort in mission mode is required.

“We have to strive for adding at least 25 lakh new assesses per month during the current financial year,” Kapur wrote in her communication to top I-T officers in the country.

A senior Finance Ministry official privy to the development said CBDT has been tasked with the new target after a recent high-level meeting of top Secretaries decided to take up the project as desired by the government.

“The government wants to usher in a number of social welfare initiatives for citizens but if the taxpayer base is such a low percentage as it is today, large and ambitious goals cannot be achieved.

The top echelons of the government were informed by the Secretaries and senior officials that a large tax paying potential remains untapped in the country.