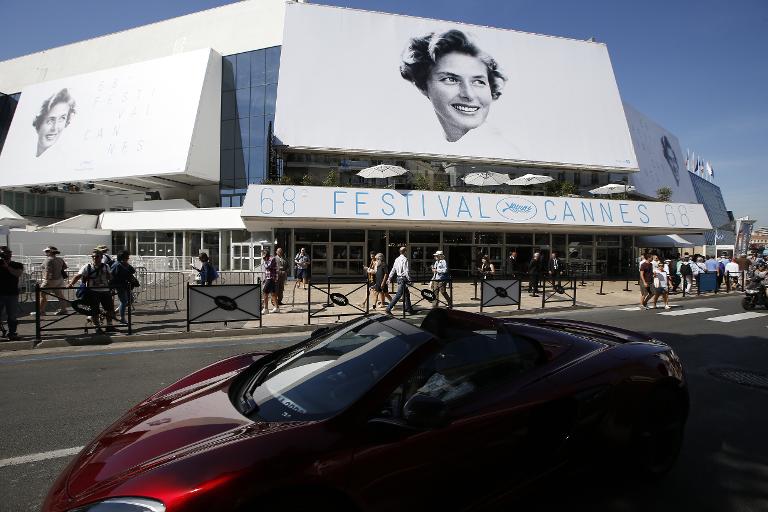 Cannes is putting finishing touches to its famous film festival which opens Wednesday with a star-studded line-up of movies featuring Cate Blanchett, Matthew McConaughey, Colin Farrell and a new version of “Mad Max”.

Plastic was protecting the red carpets and workmen were still hurriedly erecting the beachfront venues on Tuesday as the first onslaught of film fans, movie moguls and the press pack gathered on the French Riviera for the 68th edition of the world’s top international cinema showcase.

Among the highlights over the 12-day event will be Woody Allen’s latest, “Irrational Man”, a new Pixar animation called “Inside Out”, and Michael Fassbender risking the cursed role of Macbeth.

McConaughey is in with “The Sea of Trees”, hoping to extend a successful run that has transformed him from romcom jock to serious thespian in the past couple of years, while Blanchett appears in “Carol”, teaming up again with Todd Haynes, who directed her Oscar-nominated turn as Bob Dylan in “I’m Not There”.

In one of the more bizarre entries in the official competition, Farrell and Rachel Weisz are appearing in “The Lobster”, a dystopian tale in which hotel guests have 45 days to find a lover or face being turned into animals.

The other film guaranteed to create buzz is the unabashedly pornographic “Love” from director Gasper Noe, which is playing outside the official competition but promises to generate as much controversy as a graphic rape scene in his previous “Irreversible”.

There were no public posters for “Love”, but online versions showed either a three-way kiss or a particularly graphic moment of male excitement. There were, however, giant banners draped over the famed Carlton Hotel for “Mad Max: Fury Road” starring Tom Hardy and Charlize Theron, set for its worldwide roll-out at Cannes on Thursday.

France and Italy are leading the charge for the coveted Palme d’Or trophy, awarded on the last day of the festival on May 24 by a jury headed by the quirky, Oscar-winning siblings Joel and Ethan Coen.

Energised by a new generation of French female directors and an unexpected embrace of English by Italian filmmakers, the two countries have the strongest contingents in the official line-up.

France has five films in the Palme race, while Italy has three — a remarkable show of strength in a field that counts just 19 movies from around the world.

Under a blistering sun, the famed Croisette beachfront was filling up on Tuesday with agents shouting down mobile phones and some of the more avid fans already lining the road opposite the Palais du Festival.

“We’re waiting for the big French stars — Catherine Deneuve, Sophie Marceau. But I think the Americans are great, too,” said Malika Hachani, from Nancy in eastern France, who had staked out a prime perch in front of the main entrance of the red carpet.

She sat with her friend, Nordine Yami. They have come for the past six years and built up a small community of film fanatics.

“There’s a whole group of us who meet up here every year. We come from all over France. One comes from Tunisia even — he’s a surgeon,” said Yami.

Cannes is more than just a film competition and a chance to see the stars. It is also the biggest platform for cinema industry professionals to meet each year, with financiers, creators and distributors coming from all over the world to strike deals or hawk their films.

Some 12,000 participants come from 116 countries, with over 5,000 films for sale. Some 960 films will be shown — about 80 percent getting their public premiere at Cannes.

“It’s dizzying because there’s so much happening everywhere you look,” said Michelle Carey, of the Melbourne International Film Festival. “You have to wear sneakers because you’re constantly running all over the place.”